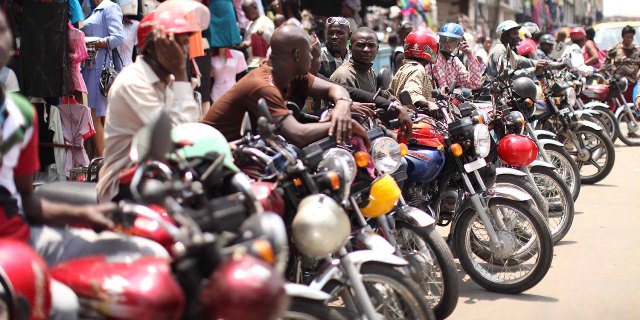 The Lagos State Police Command has stated that it would commence the arrest of unlawful commercial motorcycle operators, also known as Okada riders beginning from June 15.

A statement signed by the Lagos Police Public Relations Officer, Chike Oti, explained that the decision to crackdown on the illegal Okada riders was sequel to a meeting held with the State Commissioner of Police Imohimi Edgal and commercial motorcycle unions.

Lagos State Police Command said the enforcement of the law was a fallout of the unfortunate incident of May 30, when some Okada riders, attempted to burn Ibeshe Police Post but ended up burning a police patrol vehicle stationed at a black spot in the town.

He further explained that during the meeting, which was held at the MD Abubakar Conference Hall, Police Headquarters, the State Commissioner of Police, Imohimi Edgal, frowned at the attitude of some Okada riders, who according to him attacked members of the public or constituted authorities at the slightest disagreement.

The PPRO stated that the CP also urged members of the various unions to carry out enlightenment campaign among their members before the police start enforcing the law on June 15.

He warned that the police would not only arrest unruly Okada riders but he would ensure that they are prosecuted.

The Police image maker informed that five resolutions were reached at the end of the meeting which would take effect from Friday, June 15, 2018.

The resolutions are that: