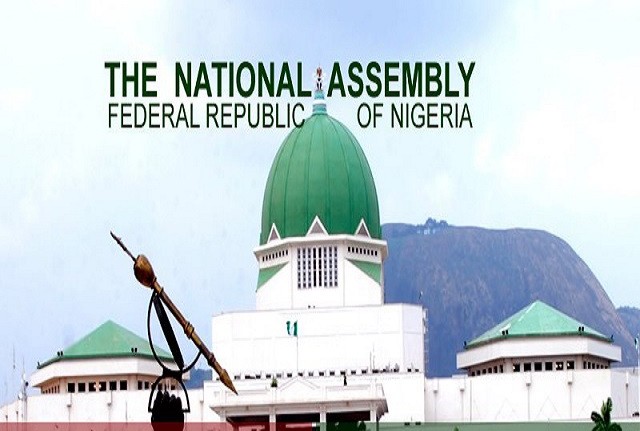 President Muhammadu Buhari has been directed by Justice Mohammed Idris of a Federal High Court sitting at Ikoyi, Lagos State, Nigeria to without any further delay order security and anti-corruption agencies to forward to him (Buhari) reports of their investigations into allegations of padding and stealing of some N481 billion from the 2016 budget by some principal officers of the National Assembly.

Justice Idris further mandated the President to ensure the prosecution of lawmakers over their alleged involvement in the stealing of a sum to the tune of N481billion from the 2016 budget.

The judge in his judgment delivered yesterday (Monday) specifically asked President Buhari to, “Direct the Attorney General of the Federation and Minister of Justice, Abubakar Malami, SAN, and/or appropriate anti-corruption agencies to without delay commence prosecution of indicted lawmakers.”

Justice Idris arrived at the decision consequent upon a mandamus suit titled: FHC/L/CS/1821/2017 and instituted by Socio-Economic Rights and Accountability Project (SERAP).

The court also ordered President Buhari to, “Direct the publication of the report of investigations by security and anti-corruption bodies into the alleged padding of the 2016 budget.”

Justice Idris in the action initiated against the President of Nigeria and the Attorney General of the Federation and Minister of Justice, declared that in the exercise of his executive powers, President Buhari has a duty to ensure compliance with the provisions of article 22 of the African Charter on Human and Peoples’ Rights.

The court further held that President Buhari is “expected to use his executive powers for the public good of Nigeria.

In his declaration, the judge granted an order directing Buhari to, “Urgently halt alleged attempt by some principal officers of the National Assembly to steal N40 billion of the N100 billion allocated by his government as ‘zonal intervention’ in the 2017 budget.

“To closely monitor and scrutinize the spending of N131 billion (accrued from increased oil bench mark) allocated for additional non-constituency projects expenditure, to remove the possibility of corruption.”

Justice Idris equally held that, “SERAP, being a human rights non-governmental organization has sufficient interest in the way and manner public funds are being utilized in this country.”

In reacting to the judgment, the Deputy Director of SERAP, Timothy Adewale argued that, “This judgment confirms the pervasive corruption in the budget process and the prevailing culture of impunity of our lawmakers as well as the failure of the authorities to uphold transparency and accountability in the entire budget process and implementation.

“The judgement is an important step towards reversing a culture of corruption in the budget process that has meant that many of our lawmakers see the budget more as a ‘meal ticket’ to look after themselves than a social contract to meet people’s needs and advance equity and development across the country.

“This is a crucial precedent that vindicates the right to a transparent and accountable budget process and affirms the budget as government’s most important economic policy document, which is central to the realization of all human rights including the rights to health, water, and education.

SERAP will do everything within its power to secure the full and effective enforcement of this important judgment.”

It would be recalled that SERAP last year filed the suit after the organization said it received “credible information from multiple sources that the Department of State Services (DSS) and the Economic and Financial Crimes Commission (EFCC) have completed investigations into the allegations of padding of the 2016 budget, completed their reports, and indicted some principal officers of the House of Representatives and the Senate, and that the accounts of some of the principal officers containing allegedly illicit funds have been frozen, and that the case files for the prosecution of those indicted were ready.”

The suit filed on SERAP’s behalf by its counsel, Mrs Joke Fekumo read in part: “Unless the principal officers indicted in the alleged padding of the 2016 budget are prosecuted and any stolen public funds recovered, the Federal Government will not be able to stop padding of future budgets.

“Alleged corruption in the budget process will not just melt away or simply evaporate without addressing the fundamental issue of impunity of perpetrators.

“Addressing alleged corruption in the budget process by pursuing prosecution of indicted principal officers of the National Assembly will provide an important opportunity for the Federal Government to reignite the fight against corruption and fulfil a cardinal campaign promise, to show that the Federal Government works on behalf of the many, and not the few, as well as jumpstart economic activities and break the back of the recession.

“Publishing the report of the investigation of the alleged padding of the 2016 budget, and prosecuting suspected perpetrators are absolutely important to avoid another padding, which the Federal Government can ill afford.

“The allegations of crime of budget padding against the indicted principal officers of the National Assembly is a gross deprivation of the good people of Nigeria’s legitimate wealth and natural resources.