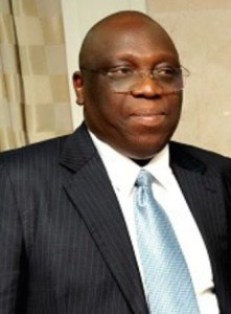 Diamond Bank Plc in a bid to recover a debt of N212, 051, 898. 22 million has instituted a suit against a chieftain of All Progressive Congress (APC) Chief Fouad Ade Oki, before a Federal High Court, Lagos.

At the resumed hearing of the matter on Thursday, Diamond Bank lawyer, Ifeoma O. (Mrs.), told the Presiding Judge, Justice Chuka Obiozor, that the matter which has been filed since 2016, has not been heard due to the fact that the defendants have been evading service.

Upon the revelation made by the Ifeoma, the court ordered her to move her application and call her witness in the matter.

Following the directive of the Presiding Judge, the lawyer called her witness in the person of Mrs. Stella Ekhator, who is the Ajah Branch Manager of Diamond Bank.

However, the matter could not proceed further, due to time factor and it was consequently adjourned till June 25.

Diamond Bank in its statement of claims filed before the court stated that its management on May 1, 2012 based on request by Oki’s firm approved a term loan in the sum of N75 million to it, which the firm used in purchasing heavy duty equipments to fund some projects for the construction of Suleimon Soderu by-pass in Ikorodu Local Government Area of Lagos State.

Diamond Bank also stated that on February 1, 2013, the defendants approached it for another loan facilities, which  were availed to it in sum of N36 million and another N55, 530 million, as a term loan and lease finance facility.

The claimant added that Oki who is the Managing Director of the firm and one Bayo Akeju, who is also a director in the firm, signed the acceptance column of the offer letter.

Diamond Bank also stated that the defendants utilised and drew down on all the facilities availed to it, and that as at November 1, 2014, due to the transactions on the said amount, and the failure of the defendants to fund their account, the firm’s account was in debt to the tune of N151, 028, 057. 04 million.

The bank further stated that as a result of debt, several meetings and discussions were held between it and the firm with the aim of getting the defendants to liquidate their indebtedness, consequent upon which a request for the extension of the repayment of the facility was granted on December 18, 2014.

The request for the extension of repayment of the loan according to the bank was granted to enable the defendants meet their already increasing obligations and liquidate its indebtedness to the bank.

The bank further stated that despite having granted the extension of the repayment of the outstanding facilities, the defendants have failed, refused and neglect to settle its outstanding.

Following the above situation, Diamond Bank stated that it wrote demand letters through its lawyer on February 27, June 1, October 7, 2015, to both Oki and his firm, Eko Akete Engineering and Construction Limited demanding repayment of the outstanding debt, but that the defendants failed to liquidate the outstanding debt.

Consequently, the Bank is seeking an order of the court compelling the defendants jointly or severally, to pay the sum of N212, 051, 898. 22 million, representing principal and accrued interest as at the date , arising from various loan facilities granted to the company.

The bank is also seeking for an order of the court for  the payment of compound interest at 22.19 percent per annum on the said N212, 051, 898. 22 million, until judgment, and thereafter at the rate of 15 per cent per annum, until final liquidation of the judgment sum.

The claimant is also seeking an order permitting it to continue either by itself or through its solicitors, to retain ownership and control of all the fixed and floating assets of the defendants, until the final liquidation of this requested sum with interest, or until the charged property and assets are sold.