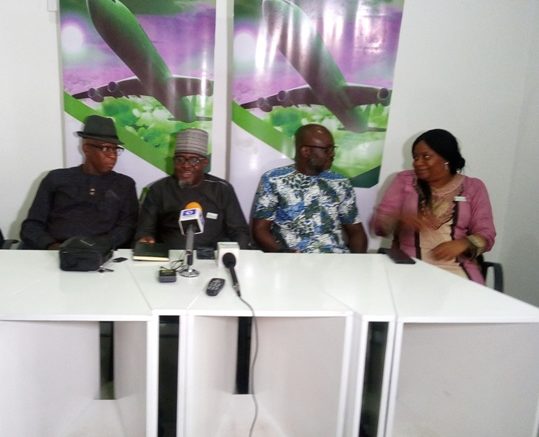 …ID To Provide Proper Data Government Can Rely On

This was disclosed by the National President of NANTA, Mr Bankole Bernard while briefing the media in Lagos on the forth coming launch of the identification card.

In his words, “We intend inviting the second citizen of this country, in person of Prof. Yemi Osinbajo to be the chief launcher of the product, to make sure that the anti-corruption crusade that the government has embarked upon we are in full support of it because this will cleanse our industry off all forms of fraudulent practices.”

The identification card according to NANTA was designed with the approval of the Nigerian Civil Aviation Authority (NCAA).

According to him, “We intend the launch our product in the next week few weeks is coming up on the 26th of June 2018 at Land Mark, Lekki. Before the launch, we will embark on awareness programme. As of today on the social media circle, we have had over 33,000 viewers that have looked at the banner which we posted. We are not working in isolation of this, we are working with the Nigeria Civil Aviation Authority, (NCAA). This product is not a NANTA card, it is an industry card to give proper data, which the government will rely on to know the total number of travel agencies we have in Nigeria. I was in South Africa two weeks ago and I mentioned it to our counterparts in Kenya because NANTA works in collaboration with some other travel agencies around Africa. We work with Kenya Association of Travel Agencies(KATA)to cover East Africa,  Association of South African Travel Agencies (ASATA) in the South, NANTA ,We are in the West  and Morocco Travel Agency in the North. What we are trying to do is to create a strong force for travel agencies in Africa so that we are not reckoned with at any point in time.” When this was mentioned to Qatar, they said it is a laudable idea and they too will implement it.

Bernard explained that as at the time of briefing the media over one thousand members have paid for the identification cards. He stated that the reason for introducing the identification card was for the government to understand what the downstream is doing, to prevent people from using the name of travel agency to defraud unsuspecting air travellers, to also ensure that fraudulent people don’t continuously dent the image of travel agencies and to bring sanity to the industry.

“{We decided to embark on this project because we found out that we are the downstream sector of the aviation sector and the government does not really understand our worth or the total number of travel agencies that are existing within the country. Again, because it is no porous, there are no entry or exit barriers, it has become all comers business, even for fraudsters. We realize that some have now use travel agencies as a means of human trafficking and defrauding intending passengers. We are saying we are not going to let this continues but we are going to show to the rest of the world that a private sector can get itself well organized and other sectors can learn from it. If we are able to know the total number of travel agencies in Nigeria, empirical data can be drawn from it and government can plan effectively for this sector. The government of today is showing a lot of interest in SMEs. We are doing all these because we are concerned about bringing sanity to the industry which we find ourselves,” he said.

The NANTA boss informed that the International Air Transport Association (IATA) is working with association having seen that NANTA has vision.

On the security of the card, he said, “The BVN of every individual that has the ID card has been attached to it, so the record is clean, you cannot forge it as we will be improving the level of security that we have on this ID card,”