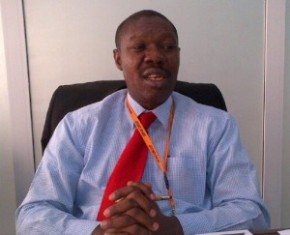 The Acting Managing Director of Skyway Aviation Handling Company Limited (SAHCOL), Mr Basil Agboarumi has stated that the ground handling company’s market share has grown from 21 per cent in 2009 to 48 per cent presently.

He said this while speaking at an event; Gateway Forum organised by the League of Airports and Aviation Correspondents (LAAC) at its press Centre, Air Transport Services Senior Staff Association of Nigeria (ATSSSAN), Murtala Muhammed Airport (MMA), Lagos.

According to him, “We know we are growing and closing the gaps. For example, before SAHCOL was privatised in 2009, we maintained about 21 per cent of the market share, but today to the glory of God, we have grown to about 48 per cent and we are not stopping there, we are still growing.”

He added that part of what SAHCOL need to do is to train its staff and get modern and state-of-the-art equipment into the system and that is what we are doing and closing the gap even as we are stepping up on our services.

On how much SAHCOL is projecting for business expansion and training in 2018, Agboarumi said, “As you are aware, Nigeria budget just came out from the National Assembly in May, so, we are planning in line with that. Companies have budgets in order to plan. We have submitted our proposals to the board of directors and until they sit, we don’t know what they will approve.” Speaking on what will be the focus of his management as the Acting Managing Director of SAHCOL, he said, “One thing I can tell you now we have going for us is that we are a very solid team, driving the affairs of SAHCOL. One thing we are trying together is to build people, consolidate on the company we have now and become better. That is exactly what we are doing and that is our focus and we are not distracted from it because we are pushing it. We are building a company where people that have the right ideas are allowed to express themselves without shutting them down. We knew we have the best of minds in the industry, we knew we have best of people in the industry and we are tapping into that talent to build a global company.”

On the price war and the need for the Nigerian Civil Aviation Authority (NCAA) as a regulatory body to intervene, Agboarumi stated that in the banking sector, the Central Bank of Nigeria (CBN) regulates banks’ activities but that in the ground handling business the reverse is the case, lamenting that the ground handling companies are still paying the same tariff they paid when Dollar was N165 to one Dollar

“Let’s look at the banking industry for instance; there is a regulator that regulates their activities. For instance, the handling rates we pay in Nigeria has not changed over the years despite the fall in naira to dollars and other major currencies. The airlines have consistently changed their fares, but we have not done that for so many years. We still operate with the same tariff that we have been operating up to the time naira was N165 to a dollar and regrettably today, the rate has grown more than double,” he lamented.

He added that despite that airline still pay the same amount of money they have been paying SAHCOL years back.

On the allegation that the company’s good hands are leaving and the efforts SAHCOL has made to retain them, the Acting Managing Director stated hat there was no way the company could stop them from aspiring higher, considering the fact that men were not created to be stagnant.

In his words, “When it comes to life, you can’t stop anyone from aspiring further. Men are not created to be stagnant and that is why you have migration. Workers in other companies do that too. As a company, we will try to keep our goods hands and we don’t want anyone to leave after joining us, but you can’t stop people from moving. If we do that, it becomes an anti-labour practice that you spoke about earlier. We are doing a lot to retain our staff as long as we can.  People have plans for their lives and careers and people will move from time to time.”

Speaking further, Agboarumi said, “SAHCOL still has the best of staff in the system with the best of training. We are consistently training our workers and as much as possible, we are retaining our staff.”