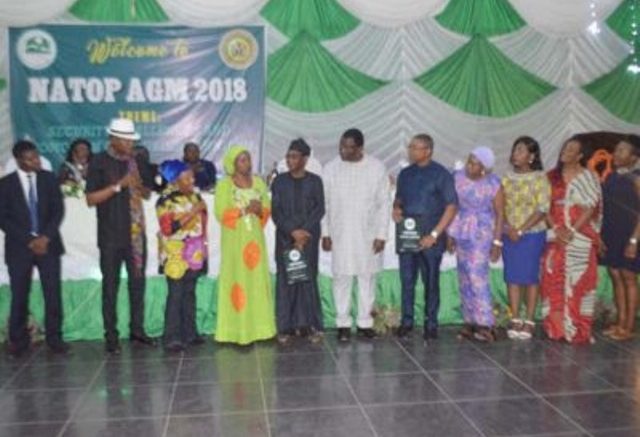 The President of the Tour Operators in Nigeria (NATOP) Mr. Nkereuwem Onung has stated that Plateau State has demonstrated that it was ready to revive the tourism industry in the state.

Onung stated this when he paid a thank you visit to State last Friday.

The visit coincided with the beginning of the Jos Carnival.

Onung thanked the State Government for pulling out all stops to host the Tour Operators.

He stated that the Jos AGM was the best attended AGM by NATOP as over 60 Tour Operators came in from different parts of Nigeria and that they were joined by 14 Travel Journalists.

‘I am surprised with the large turnout of the State Cabinet members, who joined us in the two day event. The Commissioner of Tourism and the Special Adviser were with us until the last day. That is impressive,” Onung Opined.

Plateau State successfully hosted the Tour Operators and the media for the 2018 AGM.

Recalled that NATOP recently held its AGM in Jos Plateau State against the demand by some members to cancel the event because of perceived insecurity.

Before the AGM, there was tension as some members, who wanted to contest accused the Executives of setting up the FCT Chapter in March to recruit members to vote at the AGM for a preferred candidate, who was then the General Secretary.

They used the security situation in Plateau as a basis for cancelling the AGM.

To resolve the issue the President insisted on continuing with Jos as the government was willing to host Tour Operators.

After the AGM, the President followed the Constitution and asked all new members, who were less than 2 years old to leave the hall.

This included all but 2 of the new members from FCT.

The President stepped aside and the Board of Trustees conducted the elections among the verified old members, who were present at the Meeting.

The election of New Executives was supervised by the President of the Federation of Tourism Associations in Nigeria FTAN, Alhaji Rabo Saleh and the newly Inducted BOT members.

After a transparent election conducted by former President of NANTA and Currently the President of the Association of Tourism Practitioners of Nigeria ATPN, Kabiru Malan and the Chairman of the Carnival Calabar Commission, Gabe Onah, Abuja based Hajia Bilkisu Abdul of BBOOG Travels was elected the National President while Lagos Based Ime Udo was elected the Vice President.

In her acceptance speech Hajia Bilkisu extended a hand of fellowship to the two candidates she had defeated in the elections.

A new BOT was also inducted at the AGM before the elections by the General Assembly.