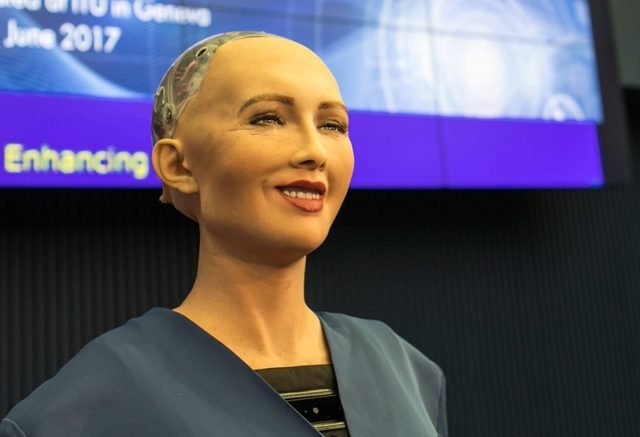 She is accompanied throughout by Khalid al Ameri, a popular Emirati personality known for creating heartfelt videos about himself and his family on social media.

Sophia is the AI-powered robot famous for speaking at the United Nations and interviewing a number of celebrities and world leaders.

She was recently named the United Nations Development Programme’s first ever Innovation Champion for Asia and the Pacific, and is also the first robot in the world to possess a nationality, after being granted citizenship by the Kingdom of Saudi Arabia.

The video showcases Sophia’s visit to Abu Dhabi and chronicles her adventures around the city to experience a range of emotions.

Will Khalid ever catch up with Sophia in his quest to help her succeed?

Follow their journey around Abu Dhabi’s exciting landmarks, and discover whether Sophia achieves her ultimate goal…. to feel:

Sophia visited Abu Dhabi as a spokesperson for the future of innovation and technology in aviation at ATM.