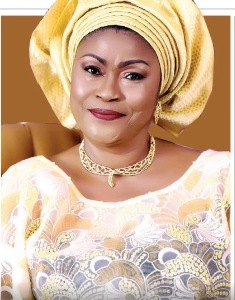 Otiti had in a motion filed through her lawyer, Akinola Oladeji, sought the court’s permission to travel abroad to treat a liver related- ailment.

In the motion, she urged the court to vary her bail conditions as well as release her international passport to travel to the USA for a period not exceeding 20 days.

The lawyer argued that her client’s ailment cannot be treated in Nigeria.

Opposing the motion, the Economic and Financial Crimes Commission (EFCC) disclosed that the applicant has not placed sufficient facts before the court to warrant granting her request.

The anti-graft agency while insisting that her ailment can be conveniently be treated in Nigeria, also stated that the applicant might jump bail if she was permitted to travel abroad.

The anti-graft agency said rather than yielding to Otiti’s request, the court should grant accelerated hearing of the matter.

However, in his ruling on the motion, Justice Muslim Hassan held that an examination of the applicant’s ECOWAS passport does not support claims by her lawyer that she had earlier been treated of the ailment in the United States.

Justice Hassan further held that the politician has failed to prove that her ailment could not be treated domestically, saying there were many specialised teaching hospitals in Nigeria that can take care of the health challenge.

The judge observed that the Medical Report which Otiti attached to her application was a mere computer-generated document without certification in contravention of the provisions of Section 84 (2) of the Evidence Act.

He added that he was afraid that if allowed to travel, Otiti might not return to face her trial and it would be difficult to secure her arrest in the United States of America.

In the final analysis, Justice Hassan said he found Otiti’s motion as lacking in merit and “same is hereby dismissed.”

Further hearing in the matter has been adjourned to May 16.