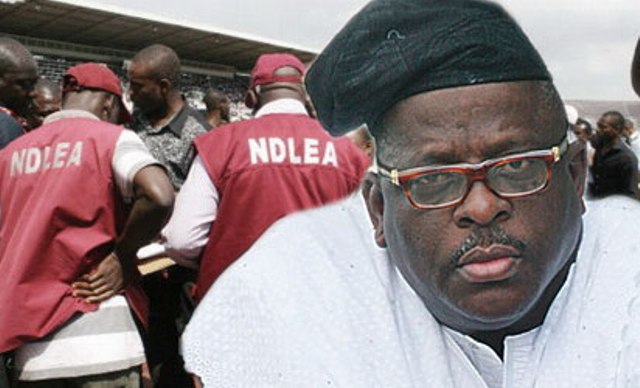 The Court of Appeal, Lagos Division, clear the coast while delivering judgement in a two separate Appeal filed by the Attorney General of the Federation against the ruling of the Federal High Court, Lagos and Federal High Court ,Abuja restraining NDLEA and other security agencies from arresting and extraditing the Senator to the United State of America to face drug related charges.

The Court also set aside the ruling of the lower court nullifying the extradition warrant issued against Senator Buruji Kashamu.

Justice Okon Abang of the Federal High Court had on May 25, 2015 restrained the National Drug Law Enforcement Agency and other Agencies of the Federal Government perpetually from  arresting, restraining, detaining, attacking or otherwise effecting the abduction of Senator Buruji Kashamu upon charges based on allegations of drug trafficking leveled against him by the United States Government.

Justice Abang also set aside and nullified the warrant for the arrest of Senator Kashamu.

However, In unanimous decision delivered by Hon Justice Yagarta Nimpar, who read the lead judgement, with Justices Joseph Ikyegh and Anthony Ogakwu upheld  the argument of counsel to the Attorney-General of the Federation, Chief Emeka Ngige, SAN, that  Justice Abang was in error in granting some of the injunctive reliefs sought  by Senator Kashamu upon inadmissible evidence.

The Court of Appeal held that the trial judge having struck out several paragraphs in the affidavit relating to allegations that General Olusegun Obasanjo was behind the travails of the senator and the alleged plans to forcibly abduct him to the United States to face drug charges, the same court was wrong to have retained other paragraphs of the same affidavit containing hearsay allegations against Mr Dapo Abiodun and Chief Godwin Obla, SAN.

The Court observed that Justice Abang relied heavily on speculations and conjectures in arriving at his judgment which are not permitted in law.

The court further chided Justice Abang for not giving counsel from the Attorney General’s chambers the opportunity to file a counter affidavit in opposition to the case file presented  by Prince Kashamu when  under the rules they still had three days to react to the processes, adding that this infraction nullified the entire proceedings.

The Court of Appeal allowed the Federal Government appeals, set aside the judgment and ruling delivered by Justice Abang  on the 25th day of May and on the 8th day of June 2015 respectively.

Be the first to comment on "(Full Report)Drug Trafficking: NDLEA Gets Appeal Court Nod For Senator Kashamu’s Extradition To US."