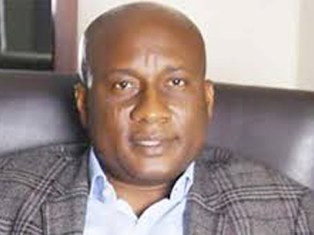 The Chairman of Air Peace, Barrister Allen Onyema would be the chairman of the forthcoming 22nd Annual Seminar of the League of Airports and Aviation Correspondents (LAAC), which is scheduled to on July 19, 2018 at the Sheraton Hotels and Towers, Lagos.

The theme of this year’s 22nd seminar is: “Financing Aviation Development Through Private Sector Partnerships.”

Some of the topics that would be discussed at the August event include: “Partnerships as Key to Survival of Local Airlines in Nigeria, ‘Funding Perspectives of Aviation Security in Nigeria,’ ‘Federal/State Government Partnership in Air Navigational Development and ‘Maintenance, Repair and Overhaul (MRO) Financing.’

Speaking on the coming 22nd LAAC Annual Seminar, Air Peace Maker, Mr. Chris Iwarah, said that the annual seminar would offer the players in the sector a platform to discuss elaborately on the challenges and prospects in the Nigerian aviation industry in particular and Africa as a whole. Onyema started Air Peace in 2014 with just seven aircraft, which has grown to 24 within the last four years.

The airline is the fastest growing carrier in the entire West and Central Africa Region, connecting major cities in Nigeria, West Africa while plans have reached an advanced stage to expand its route network to United States, United Kingdom, South Africa and other long haul routes.

The leadership of LAAC and its Seminar Committee said that the league was happy to have Onyema as the chairman of the seminar.

“No doubt, Onyema is one of the major players in the Nigerian aviation industry and beyond. He will bring his wealth of experience to the table as the Chairman of the seminar. We are glad to have someone of his calibre chair our seminar,” the league said.

“However, we are also expecting resources persons from in and outside the country to deliver papers at the seminar.”