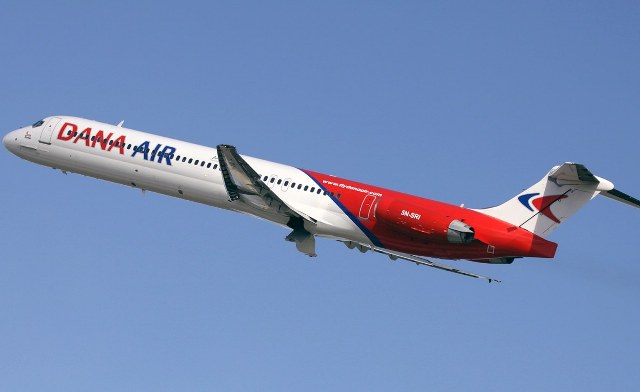 The Governor who was represented by his Special Adviser, Hon Ikenna Eme, said Dana Air’ Ss flight from Owerri to Abuja flights and back has brought needed succour to the good people of Imo state who have had to pay more for less on the route.

According to him, ‘’Today we have witnessed development and expansion. We are happy that Dana Air is living up to expectations. The flight was smooth and on-time and this is what we have been asking for on this route. Our people have been paying too much for less on this route and we thank Dana Air for this development.‘’

‘’It is the desire of our visionary Governor, His Excellency, Rochas Okorocha, to make Imo state a hub in the south east and our partnership with Dana Air has increased traffic to our state, because of their convenient fares, quality service and most of all, our people are time-conscious and Dana Air is a time-conscious airline,’’ he said.

Also speaking on the introduction of flights from Owerri to Abuja, the Accountable Manager of Dana Air, Mr Obi Mbanuo said, providing a smart alternative for the good people of Imo state and contributing positively to the economy and development of Imo state, has always been our desire and the crux of our existing partnership with the Imo state government; and we are committed to linking Owerri to other parts of Nigeria, as the commercial nerve centre of the south east.’’

Meanwhile, Dana Air has been unveiled as the official airline of the homecoming reception organised by the Imo State Government, for the 2018 winner of the Big Brother Naija Reality show, Mr Miracle Igbokwe, who is from the state and coincidentally, a pilot.

He will also be unveiled as Education Ambassador of the state.

As official airline, Dana Air will fly the winner, his family, friends and  fellow house mates to Imo state for the reception scheduled for 3rd and 4th of May, at Imo International Convention Centre, Owerri Imo state.

Recalled that in 2017, Dana Air unveiled a multi-million naira sponsorship deal for Heartland Football club of Owerri, to support the 2018 NPFL campaign of the Nazi millionaires and as part of the airline’s contribution to football development in the state.

The airline is reputed for its world-class in-flight service, innovative online products and unrivaled on-time performance.

Be the first to comment on "Imo State Govt. Commends Dana Air For Owerri–Abuja Flights"