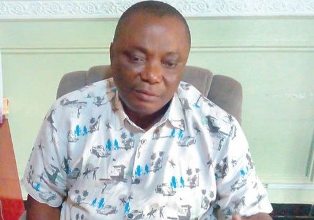 A Federal High Court, today, ordered the remand of Mr. Peter Nwaoboshi, Senator representing Delta North Senatorial District, in Ikoyi Prisons till Friday when ruling will be delivered on his bail application.

The court presided over by Justice Mohammed Idris, ordered his remand in Ikoyi Prisons, after hearing his bail application on alleged N806 million fraud.

Prior to the hearing of his bail application, the Economic and Financial Crimes Commission, (EFCC) had arraigned Senator Nwaoboshi, alongside his two companies, before the court, on charges bordering on fraud.

In the charge, EFCC alleged that the senator popularly called ‘Oshimele’ had committed the offence between May and June 2014.

To be precise, Nwaoboshi and his companies were alleged to have conspired and acquired a property described as Guinea House, Marine Road, Apapa-Lagos for the sum of N806 million, which you reasonably ought to have known that the sum of N322 million, cut of the purchase price transferred to the vendors by order of Suiming Electricals Limited formed part of the proceed of an unlawful act.

The EFCC also alleged that the senator’s company, Suiming Electricals Limited, had on or about May 14, 2014, aided him, gis company, Golden Touch Construction Project Limited, to commit money laundering offence.

The accused pleaded not guilty to the charges.

Following his plea of not guilty, his lawyer, Dr. Azinge (SAN), told the court that they have filed a bail application, and same has been served on the prosecution.

Mr. Abubakar, confirmed being served with the bail application, but told the court that he needed time to respond to the application.

Justice Idris, however stood down the matter for the prosecution to file and serve its counter to the Senator’s bail application.

Upon resumption for the hearing of the application, and after hearing both parties, Justice Idris, ordered that the Senator be remanded in Ikoyi Prisons till Friday, when ruling will be delivered on the bail application.

Be the first to comment on "Alleged N806M Fraud: Court Send Senator Nwaobosi To Prison"