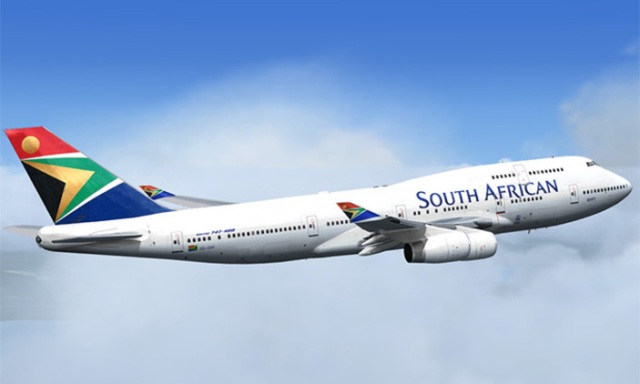 South African Airways (SAA) has maintained a 4-Star Skytrax ranking, in both Business and Economy Class, for a 16th consecutive year.

Speaking on the award, the airline Spokesperson, Tlali Tlali said, “This win will surely strengthen our global position for once again being awarded a 4-Star ranking. Awards demonstrate that SAA is standing its ground as one of the leading airlines in the world.”

“We were also fortunate to have had our new Airbus A330-300 audited this year amongst our aircraft fleet. The A330-300s are state-of-the-art aircraft and the latest acquisition in our fleet,” said Tlali.

Speaking further Tlali said, “SAA operates in a highly competitive environment with other African airlines such as Air Mauritius, Royal Air Maroc, Air Seychelles, and Ethiopian Airways also achieving 4 Stars. Winning awards inspires us to seek further opportunities for service excellence and act as an important motivation for employees to keep doing their best and further improve the travel experience of the millions of customers who choose to fly with SAA.”

The Skytrax 4-Star ranking is a seal of quality approval awarded to airlines supplying good quality performance across a range of product and service-delivery rating areas.

Skytrax assessed the rating after detailed product and service standards audits for each featured airline and not connected to any customer ratings.

Skytrax, an independent, global airline-rating organisation, awarded the 4-Star rating placing the airline amongst other international and partner airlines.

SAA has maintained quality levels throughout what has been another challenging year for the airline, delivering an excellent product and service standards to our customers, making this 4-Star Airline ranking well deserved.

Speaking , Skytrax said, “The South African Airways product and service standards continue to perform at a standard that is meeting 4-Star levels and this applies to long-haul, regional, and domestic flights.”

SAA recently also won four of the six APEX Regional Passenger Choice Awards (PCAs) for Best Seat Comfort, Best Cabin Service, Best Food and Beverage and Best Overall in Africa for airlines operating in the Africa region. The airline won the Best in Region – Africa award twice before, in 2012 and 2011.