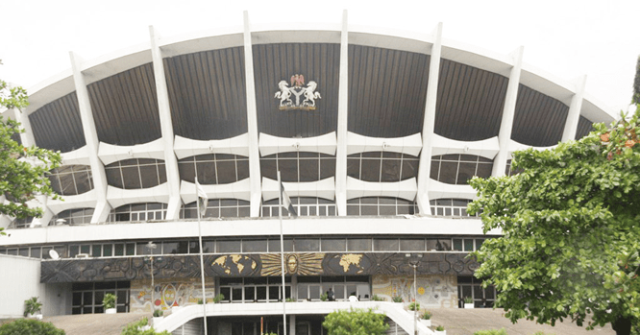 Five Directors of National Art Theatre, Iganmu-Lagos, were today, dragged before a Federal High Court, Lagos, by the office of the  Attorney-General of the Federation, for allegedly receiving  the sum of N500, 000, from a contractor.

However, the arraignment of the five directors was stalled due to the absence of Mrs. Okafor, who was said to be admitted at the Military Hospital, Ikoyi-Lagos.

After calling the four accused into the dock, their lawyer, Mr. Adamu Mohammed, informed the court that the fifth accused, Mrs. Okafor, whom he said was having medical history, was in court this morning, but rushed to the Military Hospital and two soldiers brought her medical report.

Adamu also told the court that they knew about the charge through the media and that his clients were served the charge in the court premises, at about 2 p.m.

He also told the court that the name of Mrs. Okafor was different from what is on the charge, though, the prosecution had amended that  but not with court’s leave to do so.

The accused lawyer also told the court that they have filed two applications, one challenging the court’s jurisdiction, and the other motion for accused bail.

However, he pleaded with the court to fix another date for the arraignment of his clients, due to the absence of Mrs. Okafor.

Responding, the Prosecutor, Dr. Colsus Ukpong, told the court that Mrs. Okafor have been evading service of the charge.

He also said that the medical report on her was another ploy to evade the arraignment.

In response,  Okafor’s lawyer, Adamu, received the charge on her behalf.

After receiving the charge, Justice Sule Hassan adjourned the arraignment of the accused persons till May 14.

The five accused persons, according to the charge marked FHC/L/282c/18, were alleged to have on January 16, 2017, obtained the sum of N500, 000, from a commercial firm, Market Execution Solution Limited, which has a contract with the Federal Government of Nigeria, in the course of discharging their duty.

The offences are contrary to Section 10(1) g& (2) of the Code of Conduct Bureau and Tribunal Act, and punishable under section 1(2) & and 10(1)(a) of the Recovery of the Public Property (Special Provisions) Act.

Be the first to comment on "5 Nat. Art Theatre’s Directors Charged With N. 5M Gratification"