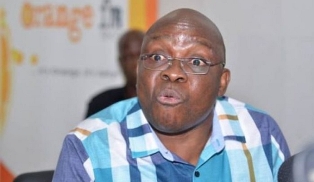 The Court of Appeal sitting in Ado Ekiti on today allowed EFCC’s appeal against the judgement of Justice Taiwo. O Taiwo of the Federal High Court, Ado Ekiti division on the application to freeze the Zenith Bank account linked to the Ekiti State governor, Mr Ayodele Fayose.

Recalled that upon the judgement of the lower court, the governor withdrew the sum of N5million and transferred the sum of N75million to Mr Mike Ozekhome SAN his lawyer as legal fee.

The lead judge to the three man pannel, Honourable Justice J.S Ikeyegha directed the freezing of the account of Mr Fayose forthwith.

EFCC had on December 2016 frozen Governor Fayose’s accounts after it allegedly traced part of the N4.7 billion meant for the purchase of arms from the office of the National Security Adviser to the accounts.

However, on December 13, Governor Fayose got the EFCC action overturned when the court held that Fayose enjoys immunity and that the action of the anti-graft agency was against due process.

The appellate court ruled that the decision of the lower court to dismissed the motion for stay of execution filed by the commission against it’s judgment delivered on December 13 for lacking in merit.

In his original judgement where Justice Taiwo said the action breached the governor’s fundamental rights to fair hearing.

The court also upturned the order of the lower court directing Zenith Bank and the EFCC to immediately unfreeze Fayose’s accounts.

But the three man panel of the Appeal Court today frowned at such decision, saying that any lower court judgement is still subject to appeal and further to Supreme Court as the situation may warrant.

“An anti graft agency is empowered to freeze any account suspected to be warehousing proceed of an unlawful activities without any human inducement, there is nothing like breach of fundamental rights in such move ”

Justice Ikeyegha then faulted the lower judgement that the freezing of the account is a breach of fundamental rights and thereby ordered the account to remain frozen.

Be the first to comment on "N4.7B Arms Money: Court Affirms EFCC’s Appeal Against Fayose"