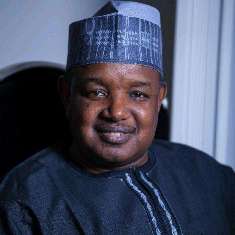 In a letter to the governor dated March 13, 2018, the President thanked Bagudu for his “unwavering commitment to the rice value chain” and the unprecedented inter-state agricultural business drive with Lagos state which give birth to the Lake rice production initiative.

This is just as the governor has also  dusted and repainted the secretariat of the famous Argungu fishing festival slated to make a strong come back in February next year.

The development is to help provide a conducive meeting place for those saddled with the responsibility of repackaging the festival to meet sponsors and also as a true reflection of the governor’s commitment to the overall success of the event.

The Kebbi Governor’s Special Adviser on Tourism and Coordinator of Argungu Fishing Festival, Nura Kangiwa appreciated the governor for the new look office and other promises of commitment to properly re-enact and re-engage the world famous tourism fishing festival in black Africa and on this part of the world.

A statement issued by his Media Consultant, Frank Meke in Lagos, quoted Kangiwa, who is the Turakin Kebbi as saying that the 2nd Argungun polo tournament will take place between 24th and 30th April, 2018 as a top line sports tourism event to showcase Kebbi state as a complete destination with unparalleled offerings to keep visitors fully engaged during their holiday in Kebbi state.

The maiden edition of the Polo event was held in April, 2017 with over 10 teams competing for various cups donated and sponsored by Kebbi state government, corporate bodies and notable individuals.

On the cultural sideline, Kangiwa listed the international wrestling competition between Nigeria and Niger Republic as top attraction with games and cultural dances such as Mel racing, Yan Tanri Cultural Dances, Bull Fighting (Hawan Qaho), Archery and Catapulting competitions also as features of Pre-Argungu fishing festival events geared towards giving sponsors windows into how the festival may rebound next year.