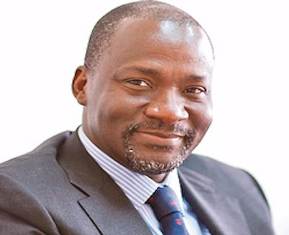 A Federal High Court, Lagos today dismissed the no- case applications filed by the Governorship candidate of the Peoples Democratic Party, PDP, in Kwara State during the 2015 general election Mr Dele Belgore (SAN) and a former Minister of Planning, Professor Abubakar Sulaiman, who are currently facing trial for alleged N450 million fraud.

The Trial Judge, Justice Mohammed Aikawa consequently directed the defendants to open their defence in the fraud charge slammed on them by the Economic and Financial Crimes Commission (EFCC).

Justice Aikawa gave the directive in a ruling delivered on two separate applications for no-case submission filed by the two accused persons wherein they argued that they have no -case to answer in relation to the alleged offence.

In his ruling, Justice Aikawa disclosed that after a careful study of the prosecution’s case, he had formed an opinion that the defendants should enter their defence.

“I have read the facts of the case at my disposal and I have formed an opinion that the 1st and 2nd defendants have a case to answer. In the circumstances, I therefore overrule the no-case submissions. It is hereby dismissed. The defendants should proceed to open their defence”, the judge ruled.

After the ruling, Belgore’s lawyer, Seni Adio (SAN) drew the court’s attention to a motion dated January 16, 2018, asking the EFCC to furnish him with the complete set of his client’s statements to the commission.

He alleged that part of the statements written by Belgore is still with the EFCC, saying the production of the documents is vital to his client’s defence.

In his response, EFCC’s lawyer, Rotimi Oyedepo, denied holding on to any of Belgore’s statements.

He alleged that the motion which he claimed was just served on him in court today was a ploy to prevent the defendants from opening their defence.

He said, “All the statements volunteered by the 1st defendant has been tendered in this case. We cannot be tendering them in piecemeal. All the statements have equally being frontloaded to the defence. We don’t have anything to produce.

“This issue was also raised in the 1st defendant’s no-case submission and we reacted to it. As far as we are concerned, the issue has been determined with the ruling just delivered”.

Justice Aikawa while adjourning further hearing in the matter to April 30, directed the EFCC to file a formal response to the motion.

The defendants were on November 28, 2017, re-arraigned before the court by the anti-graft agency on an amended 9-count charge bordering on the alleged offence.

They however pleaded not guilty to the charge when it was read to them.

In the 9-count amended charge, the EFCC alleged that a former Minister of Petroleum Resources, Mrs. Diezani Alison-Madueke (said to be at large) conspired with Belgore and Sulaiman on or about March 27, 2015, to directly take possession of the sum of N450 million, which they reasonably ought to have known forms part of proceeds of unlawful act.

The trio were also alleged to have taken the said funds in cash, which exceeded the amount authorised by law, without going through the financial institutions.

Belgore, Sulaiman and Madueke were also alleged to have paid the sum of N50 million to one, Sheriff Shagaya, without going through the banks.

The EFCC also alleged that the trio paid N10 million to CP Garba Salihu, in violation of Sections 1(a), 16 (d) of the Money Laundering (Prohibition) (Amendment) Act 2012 and punishable under Section 16 (2) (b) of the same Act

Be the first to comment on "N450M Fraud: You Have Case To Answer, Court Tells Belgore, Sulaiman"