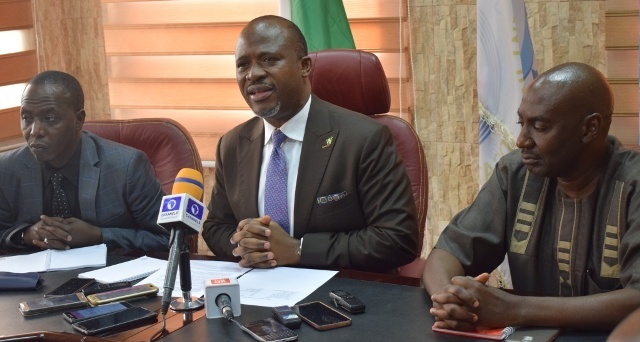 … To Review 120 Recommendations So Far Made By AIB

The Federal Government through the Commissioner of Accident Investigation Bureau (AIB) has approved the setting up of a 10-man Safety Recommendation Committee to review the effectiveness of the safety recommendations made by the bureau from inception.

The AIB Chief Executive Officer, Engr. Akin Olateru made this known while inaugurating Safety Recommendation Committee to at the agency’s headquarters at the Murtala Muhammed Airport (MMA), Lagos today.

This is just as Olateru also disclosed that the Minister of State for Aviation, Senator Hadi Sirika has approved the appointment of two experienced industry experts; Capt Kiddie Dare and Engr. Gbolahan Abatan as consultants to the Safety Recommendation Committee.

The members of the committee, he said are drawn from AIB, Nigerian Civil Aviation Authority (NCAA), the Ministry of Transportation and the industry.

Members of the committee include: the Commissioner for AIB, Engr. Akin Olateru, Director of Operations, Engr. Charles Irikefe–F/O Sadik Abdulsalam Abubakar and Engr. Rowland Nwaohiri, all from AIB. He explained that AIB during investigations identifies a lot of hazards that sometimes may not be related to the particular occurrence under investigation but work with the operators to resolve them.

Olateru noted that safety recommendations/ safety alerts can be made at any stage of the accident investigation, adding that the agency does not need to wait until final report is released.

According to him, “While we appreciate that our safety recommendations have recorded positive impacts locally and globally, we found it imperative to holistically review the effectiveness of all the recommendations with a view to enhancing aviation safety to the benefits of all air travellers.”

The AIB boss stated that based on this background the agency decided to review its recommendations from inception totaling 120 and measure the level of their effectiveness.

According to him, “The committee will engage the affected stakeholders on the effectiveness of the safety recommendations addressed to them and submit their report to AIB management, which will work on it for the benefits of the industry.”

This exercise, he said is to complement their efforts and enhance the industry’s capacity to improve safety.

On the duration of the committee’s work, the AIB Commissioner said that the committee has 30 to complete its assignment.

“It is going to be a very hard one but it has to be done within 30 days,” Olateru said.

Meanwhile, AIB has said that any moment from now it would release six final reports.