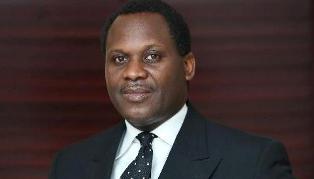 …Says No Ambiguity In The Laws Establishing Both Organisations

The Consumer Protection Council (CPC) has stated that the aviation industry had the third highest complaints from the members of the public to the council in 2017.

This is just as the organisation also pointed out that I did not  usurp the functions of the Nigerian Civil Aviation Authority (NCAA),the industry regulatory body in the course of carrying out its duty of protecting of air travellers in the country.

The Director-General of CPC, Mr. Babatunde Irukera made this known at the weekend while speaking with aviation journalists in Lagos.

Speaking further, Irukera, explained that aviation sector had the third highest complaints from the members of the public in the council in 2017 coming after electricity and banking industries respectively.

The CPC boss said that when he assumed office, the first complaint that was resolved by his management was that of aviation industry.

He however noted that every statement made by the council was after due consultation with representatives of NCAA.

The CPC helmsman posited that the relationship between the air travellers and airlines would improve if only NCAA implements the Passengers’ Bill of Rights (PBR) it drafted some few years ago.

Irukera assured that a new porter that would be electronically generated would respond to complaints almost immediately.

On the insinuation in some quarters that CPC is usurping the functions of NCAA, the CPC boss stated that there was no confusion or ambiguity in the laws establishing the two organisations.

He restated that CPC has not anyway usurp the powers of NCAA, adding that rather, the consumer oriented organisation was only  ensuring that the rights of consumers are protected.

The statutory function of CPC is to protect consumers in all sectors of the economy, including the aviation industry, wondering why some players in the sector are worried at the organisation’s attempts at protecting the flying public especially when their rights were trampled upon by airlines and other companies in the sector.

He insisted that CPC has not violating any aspect of the International Civil Aviation Organisation (ICAO) recommended practices as it tries to protect the interest of air travellers.

He added that despite the insinuations, CPC would continue to play its statutory roles as provided for in its Act.

CPC, he stated had been working with NCAA in a bid to protect air travellers over the years.

To buttress his point, Irukera cited the abandonment of Nigerian students by Turkish Airlines in United States in 2017 as one area both agencies partnered to protect the country’s citizens from international carriers among many others.

According to him, “Overlapping regulation is not confusion, error or legislative blunder, but deliberate design and it always underscores the importance of what is being regulated. The constitutional responsibility of government is to protect the citizens, including exploitation of citizens by organisations and even the government.”

He continued, “Sector regulator may not be able to provide end to end protection to consumers. NCAA for instance that is regulating airline operators in the aviation industry, there is a potential for conflict and regulatory factor. Statutorily, we are recognised by the law of the land.”

Asked to assess the aviation industry, Irukera said, “As an industry, from its potential, it is under-performing, perhaps not a reflection on people or individuals. It is a statement of what it can contribute to GDP and what it is contributing to the GDP. We can perform better. We have far better, eager market than many countries where their aviation is much higher than ours.”

“Some of the people out there are doing their best, but, they can actually do better. It is obvious that in GDP, we are actually underperforming,” he said.