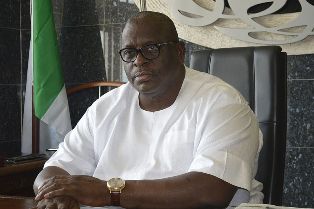 The Lagos Division of Appeal Court, on Thursday, reserved judgment in the extradition suit filed by the Attoney-General of the Federation, (AGF), on behalf of the Federal government of Nigeria, against Mr. Buruji Kashamu, a Senator from Ogun State .

In the suit, the Federal Government is seeking the extradition of the Senator to the United States of America (USA) to answer criminal charges on drug-related offences.

The three-man panel led by Justice Joseph Ikhegh, reserved judgment in the extradition suit, after parties have adopted their written addressees.

In urging the court to allow Federal Government suit against the Senator, Mr. Emeka Ngige (SAN), told the court that the appellant’s suit is dated October 31, 2017, and filed on the same date.

Ngige (SAN) further told the court that the issues raised by the respondent (Kashamu), in his preliminary objection were ‘hearsay evidence’, which formed the basis of the judgment of the suit at Federal High Court.

And allow the appeal filed by the Federal government.

Kashamu’s lawyers told the court that the submission made by AGF is not applicable to the facts before the appellant court. Adding that they are two different facts, words to words.

Fagbemi (SAN) therefore urged the court to dismiss the AGF’s appeal against his client.

The court reserved  judgment, after parties have argued and adopted their written addressees.

The return of parties to the appellate court followed the withdrawal of all motions filed by Kashamu at an Abuja Federal High Court.

The court is expected to determine the merit of the issues raised by the Federal Government and the defence by the Senator.

According to Ngige (SAN) the AGF’s appeal, followed the Extradition Treaty between the Federal Government and the U.S.A.

The office of the AGF had filed the appeal on behalf of the Federal Government against the Judgments of Justice Ibrahim Buba of the Federal High Court, Lagos, and another judgement by Justice Okon Abang of Abuja division.

He stated that the appeal the rulings placed a hold on the planned extradition through a restraining order; on the ground that due process of law was not followed.

The AGF while urging the appellant court to set aside the judgment of the two judges of the lower court on the ground of miscarriage of justice, contended that Kashamu suppressed facts before the lower court to secure the restraining order against his extradition.

The AGF also averred that the two judges erred in law by issuing order in favour of the Senator without evaluating the documentary evidence placed before them during the hearing.

AGF prayed the appellate court to void and set aside the two judgments.

Kashamu had alleged that no court order was obtained before the move to extradite him was executed.

Earlier, the suit involving the AGF and the National Drug Law Enforcement Agency (NDLEA) and other security agencies as appellants had shifted to the Court of Appeal for determination.

This followed the withdrawal of other aspects of the case at the Federal High Court in Abuja, in which Buruji filed contempt charges against the AGF and the NDLEA.

Be the first to comment on "Drug: Appeal Court Reserves Judgment In Senator Kashamu’s Extradition To US"