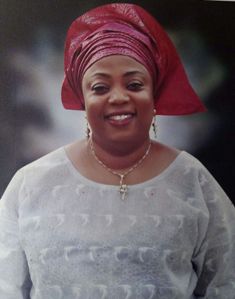 Sonibare, who arrested Ariket accomplice, Omolola,   while being led in evidence by prosecution counsel, Mr Abu Ibrahim, narrated how  Omolara was arrested at the departure/exit of the Muritala Muhammed Airport, Lagos on her way to Saudi Arabia.

The witness also identified the traveling bag in which the hard drugs were discovered, certificate of text analysis, results of text analysis, packaging of substance form, request for scientific analysis form as well as transparent evidence pouches all which were tendered and admitted in evidence by the trial court.

The matter has been adjourned till May 14 and 15, for continuation of trial of the Lagos socialite, Ariket, who also goes by the name Funmilola Ariket Ogundipe.

It would be recalled that both Ariket and her convicted accomplice, Mrs. Odeyemi, were arraigned before the court, sometimes in May, 2017, who was arrested on her way to Saudi Arabia, with 1.595 kilogrammes of cocaine, which was concealed in a traveling bag.

The court presided over by Justice Hadiza Rabiu-Shagari, had on June 28, 2017, pronounced and sentenced Ariket’s accomplice, Mrs Odeyemi, to 25 years imprisonment, after she had pleaded guilty to the charges leveled against her by the NDLEA.

The socialite, is facing charges bordering on conspiracy, hoarding of hard drugs,

The offences according to the prosecutor, Mr. Abu Ibrahim, are contrary to sections 14(b), 11(b) and 19 of the National Drugs Laws Enforcement Agency Act Cap N30, Laws if the Federation of Nigeria, 2004.

It would be recalled that the Lagos socialite Ariket, recently forfeited nine landed properties to the Federal government of Nigeria, when she evaded arrest over alleged drug dealing.

But later surrendered herself to the agency, and she was arraigned alongside the convict in an amended charge marked FHC/L/124c/2017.

The above-mentioned properties were ordered to be temporary forfeited to the Federal government by the Court, Lagos, sequel to a Motion Ex-parte filed and argued before the court by the NDLEA prosecutor, Mr. Abu Ibrahim

Ibrahim had urged the court to that the listed propeties of Mrs. Funmilola Arike Ogbuaya, a.K.a. Ariket; Funmilola Ogundipe, being investigated for Offences of conspiracy to traffic in narcotic drugs, drug trafficking, and money laundering.

Abu had also urged the court to permit or authorise his agency to place the said listed properties under seal pending the arrest and prosecution of Ariket.

Be the first to comment on "Cocaine: NDLEA Witness Tells Court How Lagos Socialite, Ariket, Accomplice Was Arrested"