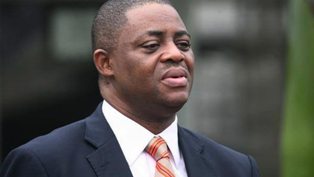 Further hearing in the trial of a former Minister of Aviation, Chief Femi Fani-Kayode and three others over alleged N4.6 billion fraud continued today at the Federal High Court in Lagos with the Economic and Financial Crimes Commission (EFCC) calling its third witness.

The witness, Shedlis Gana, in her examination-in-chief, told Justice Rilwan Aikawa that Fani-Kayode and one of his co-accused, Joint Trust Dimensions Nigeria Limited, were customers of Zenith Bank Plc.

She said one, Miss Gloria, a staff of the bank opened an account for the former minister in January 2015 during the build-up to the general election.

While being cross-examined by one of the defence lawyers, Chief Ferdinand Orbih (SAN), the witness revealed that one of the documents frontloaded to the EFCC by the bank was doctored.

She further disclosed that the irregularity was discovered by the anti-graft agency in the process of investigating the matter.

“There was an issue as to one of the documents submitted to the EFCC being doctored but it was not a major issue. The document was part of those that I analyzed before the court. I was shocked to discover that the document was doctored.”

“It was the EFCC that made the discovery. I only confirmed to them that there was an actual doctoring of the document while at the EFCC’s office”, she said.

The witness added that apart from the document in question, she did not know whether there are other doctored documents in what were sent to the EFCC.

On the transactions carried out on the accounts of Fani-Kayode and one of his co-accused, Joint Trust Dimensions Nigeria Limited, the witness said she did not personally handle the transactions.

On why the two statements of accounts were not stamped, the witness said this is usually done on request.

The anti-graft agency had on May 15, 2017, re-arraigned Fani-Kayode, a former Minister of State for Finance, Mrs. Esther Nenadi Usman, one, Danjuma Yusuf and a company, John Trust Dimensions Nigeria Limited, before Justice Aikawa, on a 17-count charge of alleged fraud.

Their re-arraignment came two months after another judge of the court, Justice Muslim Sule Hassan, excused himself from the case.

The EFCC, in the charge marked FHC/L/C/251c/2016, accused the defendants of conspiracy, unlawful retention of proceeds of theft and money laundering.

Be the first to comment on "N4.9B Fraud: Fani Kayode Opened Account In The Build Up To 2015 Election–Witness"