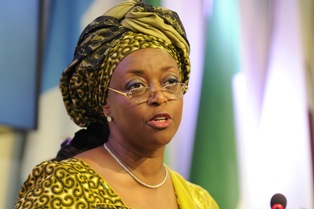 The court presided over by Justice Mojisola Olatoregun’s had on December 5, 2017,  ordered an interim forfeiture of the properties after an ex-parte application, was argued by the Economic and Financial Crimes Commission (EFCC).

The court on December 5, 2017, ordered interim forfeiture of the following properties:

When the case was called up today, Mr ABC Ozioko announced appearance for the EFCC while Mr Emmanuel Bassey, appeared for the second, third, and fourth respondents.

Addressing the court, Ozioko informed the court that he had a motion on notice brought pursuant to the provisions of the EFCC Act, the 1999 Constitution as well as under the inherent jurisdiction of the court.

He urged the court to order a final forfeiture of the properties listed in the schedule.

Relying on the depositions in the affidavit deposed to by one Abdulrasheed Bawa, Ozioko argued that it was now pertinent for a final forfeiture order to be made, following the interim orders made on December 5, 2017.

He informed court that in compliance with the earlier orders of the court, the interim orders were advertised in the Nation Newspaper of December 20, 2017.

Besides, Ozioko also urged the court to authorise EFCC to appoint a competent person or firm to manage the properties.

In response, counsel to the respondents, Bassey, informed the court that he had filed a counter-affidavit before the court and was not opposed to the application for final forfeiture.

In a short ruling, Olatoregun granted the orders as prayed, and ordered a final forfeiture of the properties in question.

“I have observed the facts and exhibits attached and I am also mindful that the second, third and fourth respondents have no objections to the application.

“I therefore, have no hesitation in ordering a final forfeiture of the properties to the Federal Government,” she ruled.

In its affidavit, the commission stated that during investigation into the ownerships of YF Construction Development and Real Estate Ltd., one Fadi Basbous, volunteered extra-judicial statement.

He said that Basbous stated that the two properties which were sold at 3.6 million dollars and 1.2million dollars respectively, were owned by Sequoyah Properties Ltd., and Schillenburg LLC.

The deponent also stated that payments for the penthouses were made by one Angela Jide-Jones and Atlantic Energy Drilling Concept Ltd., respectively.

The deponent also stated that Jide Omokore paid for the properties through his wife and one of his companies and directed its developers to sign the agreements with Schillenburg LLC and Sequoyah Properties Ltd, which were linked to Alison-Madueke.

He said that Schillenburg LLC was registered in Hongkong and transferred to Donald Chidi Amamgbo as sole owner.

According to the deponent, Sequoyah Properties Ltd., was registered in Nigeria on October 11, 2011 with fictitious names as shareholders and directors.

Be the first to comment on "Court Orders Final Forfeiture Of Deziani’s $4.760M Properties To FG"