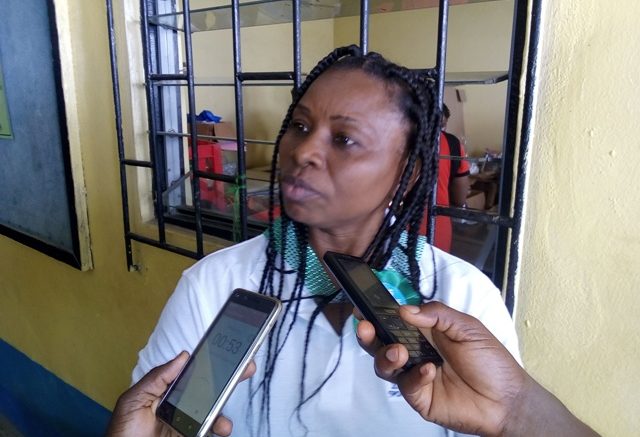 The Principal, who spoke at the 13th annual Inter- House Sports organised by the school on Wednesday, stated that the school organised Inter –House Sport because it believes it is the development of a total child.

“The psycho motive development is the athletics aspects of it. So, the inter-house sports bring out the skills in them, moving of hands, body and different things. School is not all about books. That is why in education, we have the curricular and the co-curricular activities. The Inter-House Shorts is our own curricular activities,” she added.

She stated that apart from annual Inter-House Sports, the school also engage in weekly physical and health educational activities like table tennis, swimming, taekwondo and football among others.

On whether the organising the Inter House Sports has brought out the best in the students, she said, “I would say this has done a lot in the lives of our children. Presently, we have a child who was not academically up there, but he was the best in all the sports he participated in, in this school. The sport has specifically brought him out and he’s today in a West African country and he’s been performing fantastically well.

To buttress her point, she cited a boy who she said was the best sports person last time, adding that she is today in a university in Togo and that he’s also doing his sporting activities.

Asked to advice the Nigerian government on how to enhance sporting activities within the schools, she said, “My advice to the Nigerian government is that they should try and fund education effectively and encourage children. They should encourage them to display their skills. When education is funded and the curriculum is managed by the professionals because even in the curriculum, there is an aspect that is called co-curricular activities and sports is part of that.”

She continued, “If it is funded and we have facilities in schools, the thing can actually evolve on its own. We have children develop in sporting activities in this country but can’t meet up with their counterparts outside the country because the facilities in most times are not there in schools.”

She called on the government to do something about Inter-School Sporting Competition, adding that though, the government has tried in its own way, by building stadiums all over the state with Channels Cup and others, but that government should fund education and train the stakeholders and make provision available.

The Principal added that funding is key as it plays a very important role in education .

On the rate of response by sponsor, Otoide, stated that the sponsors had been responding very well in their own little way, but that there is room for improvement.

Six houses contested for medals at this year’s annual Inter-House Sports which was won by Green House.

Below is the Medal Table

Be the first to comment on "(Updated)Inter-House Sports Brings Out the Skills In Students—-Otoide, MMAS Principal"