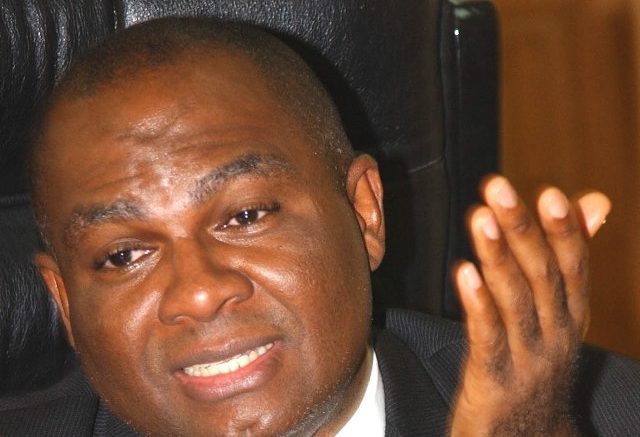 Justice Chuka Obiozor of a Federal High Court, Lagos, today, struck out all the proceedings in relation to the trial of a former Enugu State governor, Dr. Chimaroke Nnamani, over alleged N5.3 billion fraud.

Justice Obiozor, struck out the proceedings at the instance of the Prosecutor, Mr. Kelvin Uzozie, who had earlier told the court of the intention of his client, the Economic and Financial Crimes Commission (EFCC), to file a new charge with new number against Nnamani, and his former aide, Sunday Onyekazor Anyaogu.

Both Nnamani and Anyaogu, are being tried before the court by the EFCC on charges bordering on N5.3 billion fraud.

At the resumed hearing of the matter today, the Prosecutor, Uzozie told the court that upon looking at the fact of the case, the position of the EFCC is to file a new charge with new number, against the two accused persons.

Uzozie said the decision to file new charge with new number against the two accused persons was based on the judgment of Justice Mohammed Yunusa which was delivered of July 7, 2017, on charge number FHC/L/09C/07,

Nnamani’s lawyer, Mr. Rickey Tafa, and lawyer to the second accused, Mr. Victor Obaro, did not opposed this prosecution’s application.

However, Nnamani’s lawyer, Tafa, said when the matter came up last time, they had filed an affidavit to the termination of the charge of FHC/L/09c/07, which he said had been conceded to by the prosecution.

Tafa also stated that in fairness to the prosecution, as at the time the matter was reassigned, ‘there was no case to be reassigned’, and that it not on any condition that the matter should strike out the cases.

But the Prosecutor, Uzozie, said that his request to court was that the entire proceedings before the court be set aside, with the liberty to the prosecution to file a new charge.

With the court order, it means that the bench warrant earlier issued by the court against the former Governor, Nnamani, has been discharged, and become null and void.

Nnamani, Anyaogu and six companies were first arraigned in 2007 for allegedly conspiring to divert about N5.3billion from the coffers of Enugu State.

The case, which had been handled by no fewer than three judges, was last year December transferred to Justice Obiozor.

Be the first to comment on "N5.3B Fraud: Court Strikes Out Charges Against Ex-Enugu Gov. Nnamani, Other"