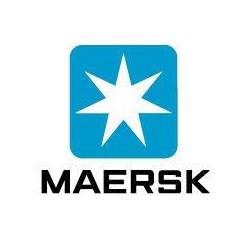 A Federal High Court sitting in Lagos has ordered a Thailand shipping company Maerskline Thailand Limited and its Nigerian subsidiary,  Maersk Nigeria limited to pay the sum of  N6,474,132.180 to a Nigerian company BP Investment Limited for negligence in handling its cargo.

The judgement of the court was as a result of a suit filed  by BP Investment Limited.

The company averred that by bill of lading number 556474847 the defendant was contacted by the Shipper K K Rice Inter trade company Limited to carry on board their vessel the company’s consignment of Rice in 40 containers from Thailand to Apapa Nigeria in good order and conditions.

The sum of N8,382,180 only being special damages for negligence and or breach of contract by the defendants in respect of the demurrage charge paid to the defendants.

Alternatively the sum of N14 million as general damages for loss suffered by the plaintiff.

However the defendants in their defence stated that the defendants entered a contract of carriage with plaintiff to carry its consignment containing 40 Containers from Thailand to Apapa, it was discovered that one of the plaintiffs Container was damaged.

Consequently, the defendants contended that since the Plaintiff had knowledge of the split, it should have taken steps to regularise its shipping documents to correspond with the two bills.

The defendants stated that as a gesture of goodwill waived N1,500,000 on appeal by the plaintiff, consequently denied being negligent in the best interest of the Plaintiff to deliver the consignment in good condition.

In her judgement, the Presiding Judge Justice Hadiza Shagari,said, “From the facts and circumstances of this case the defendants were negligent by the late information of the cargo split and for not acting appropriately to send the bill of lading on the two consignments for the consignee to prepare for the clearing of their cargo which resulted in the acclaimed demurrage.

The defendant owns a duty of care in the handling of the cargo and there is legal duty to take reasonable care to avoid acts or omission that will prejudice the other party,but then the same omission of the defendants resulted in the demurrage accrued on the cargo of the plaintiff which by preponderance of evidence and facts is not the fault of the Plaintiff.

Consequently, the defendants consequences for neglecting to act by sending to the plaintiff the required document to clear their cargo, the defendants acted negligently.

The whole scenario point to the fact that the defendants were actually negligent in their responsibility by the single act of not transmitting the information for the container split on time and in furtherance to that by not availing the Plaintiff necessary documents to enable them process the clearing of their Cargo.

It is trite law that a defendant will be liable for those consequences of its negligent act which are too remote in law if a reasonable man would not have foreseen them.

Once damage is foreseeable the defendant is liable for all the direct consequences of his act whether they are foreseeable or not.

On the whole I hold that the defendant was negligent in their action and therefore the Plaintiff are not liable to demurrage their cargo.

I therefore grant reliefs sought by the plaintiff in this suit.

Be the first to comment on "Breach Of Contract: Court Asks Maersk Nigeria Limited To Pay N6.4B Damages"