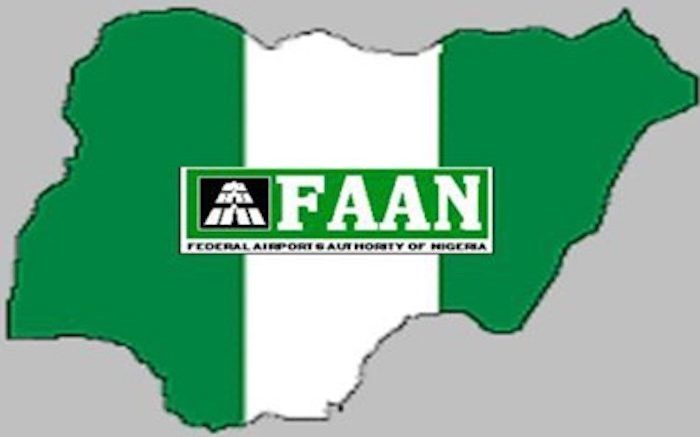 The sight of disused and abandoned airplanes by different airline operators at Nigeria’s number one airport; the Murtala Muhammed Airport (MMA), Lagos has not only become an eyesore but it is also an embarrassment to the Federal Airports Authority of Nigeria(FAAN), operators,  passengers, stakeholders  and airport users.

For many years stakeholders and aviation analysts in the industry and airline operators have been clamouring for the removal of dead and abandoned airplanes, which have constituted danger to other aircraft operating at the Murtala Muhammed Airport (MMA), Lagos especially and other airports with no avail.

Simply put; they have refused to evacuate these dead machines.

The scene of abandoned aircraft is not restricted to Lagos Airport alone. In Benin Airport for example, close to 20 BAC 111 airplanes of the defunct Okada Air owned by the Esama of Benin, Chief Gabriel Igbenedion were abandoned by the owner.

Efforts made in the past by the authority to evacuate these abandoned aircraft proved abortive despite the fact that the airplanes are no longer airworthy.

It however became very necessary to remove these airplanes from where they are currently parked to another location by the Federal Airports Authority of Nigeria(FAAN)because they constitute danger to aircraft taking off, landing and maneuvering at the airport.

The evacuation of these dead, abandoned and rotten airplanes at Lagos Airport is given urgent attention because of the strategic position of the airport as a major gateway into the country and because they are threat to safety.

Besides that, FAAN whose priority is to provide safe, comfortable and secure airport for the users, airline operators and other stakeholders needed to act, as the threat to safety which these aircraft pose contradicts what the agency stands for.

The move by FAAN to finally move these aircraft  belonging to Associated Air, IRS, Dana Air and Hak Air, Air Nigeria, Associated Cargo, Bellview, JedAir, Precision Aviation Handling Company and PAC, TopBrass has not only  been described as a welcome development but that it was long overdue.

Speaking on the evacuation, the General Manager, Corporate Communications, FAAN, Mrs. Henrietta Yakubu stated that there were no fewer than 13 aircraft that had been abandoned at the airside by different airlines for many years.

The General Manager explained that the agency had told the owners of these aircraft severally to relocate them away from where they are presently abandoned without any fruitful response from them.

She stressed that where they are presently abandoned at the airport constitute danger to safety and smooth operations of aircraft.

She revealed that so far four of the abandoned aircraft were relocated last Friday, January 23,2018 while additional four were moved; Monday, January 26,2018.

She gave the names of the aircraft relocated last week Friday, January 23,2018 by the agency to include: Associated Air, IRS, Dana Air and Hak Air.

On why the agency is attaching more seriousness to relocating the aircraft, she stated that the relocation became necessary to give more space to aircraft that are airworthy to land, take off and manoeuvre as expected during operations at the airside, adding that FAAN would continue to take safety and comfort of airport users as a top priority.

The image maker hinted that the agency took into consideration the legal issues surrounding some of the airplanes. According to her, “As at Friday, we moved four aircraft from the airside and the General Aviation Terminal (GAT) of Lagos airport. We have about 13 aircraft abandoned at the airside. We have taken the legal issues into consideration, if you agree with me; these aircraft are not helping us in anyway. They are taking up a lot of space. Space for aircraft landing and taking off are being taken by these aircraft.

She continued, “The airports belong to FAAN, which means that it is the property of the Federal Government and there is no airline that is bigger than Nigeria. Nigeria has given them a long time to be able to move their aircraft and they have refused to do this. FAAN is not taking possession of their aircraft, but we are moving them away from where they are to another place within the airport where they will not serve as eyesore and where they will not constitute nuisance to activities on our airside.

Speaking further she said, “What we are doing is part of the services FAAN is providing; comfort and security. So, for security, these aircraft have been abandoned at the airport for long and miscreants can just go in there and do whatever they want. We want our airports to look beautiful and fine, the aircraft that are littered around, it defaces the beauty of our airside.”

Also speaking on the development, the Chief Executive Officer, Centurion Security, Grp Capt. John Ojikutu (rtd) argued that there should be sanction for such breach regulations that forbids airline from abandoning their aircraft.

FAAN, he stated had not only taken the right step but the agency should go ahead to demand for the cost of evacuating these airplanes from the owners.

The owners of these abandoned airplanes; Ojikutu added should be reported to the Nigerian Civil Aviation Authority for further sanction.

According to him, “There should be penalty for breaches of any such regulations, which for all intent and purposes are for airport/aircraft safety operations. Such regulations must be a derivative of the National Civil Aviation Regulations (NCARs) and recurrence in the approved airlines/aircraft operators safety programme.”

“Again for all intent and purposes on airport safe operations, FAAN was right to have taken such action on the aircraft and possibly take action to demand for the cost of removing the aircraft from the operators. Such breaches should be reported to the NCAA for further sanctions,” Ojikutu declared. On his part, the National President of National Association of Nigeria Aircraft Pilots and Engineers (NAAPE), Engr. Abednego Galadima stated that FAAN took the right step but that the evacuation of the disused airplanes was long overdue as they were creating problem at the airport.

He advised FAAN to ensure to make stringent rules to guide against future occurrence and enforce it the rules strictly.

How can airlines abandon airplanes that are not airworthy at the airport just like that,” he asked.

He continued, “FAAN should make stringent rules and also enforce the rules strictly to ensure that aircraft that are not air worthy are not abandoned at airports.”

FAAN, using the Nigerian Civil Aviation Authority (NCAA), the NAAPE President argued should ensure that the matter is seriously looked into.

He pointed out that the evacuation will now make FAAN to spend unnecessary money that should have been paid by the owners of these disused aircraft for evacuating the aircraft.

Be the first to comment on "Evacuation Of Disused Aircraft: A Determination By FAAN To Provide Safety And Security"