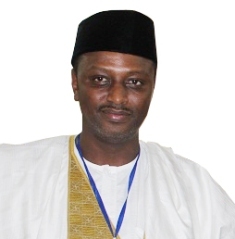 …As Governor Appoints Kangiwa As Aide On Tourism, Culture

Recalled that the festival, which was at its prime many years ago and also on global tourism calendar, brought fame and honour to Nigeria in general and  Kebbi State  in particular but disappeared completely from global cultural watch list due to unexplainable circumstances.

The disappearance from the global cultural map denied the state the needed tourism revenue, employment opportunities and access to foreign investments on hospitality.

The governor’s choice and appointment of Nura Kangiwa to revamp the festival and the entire tourism architecture of the Kebbi State sign posts a fresh start off for the famous festival, which at its peak was Nigeria’s face of culture and tourism to the world. Kangiwa, a prince of the Kebbi Emirate Kingdom and a frontline tourism investor, has hit the ground running with key projects that would create signature influence on the about to be re-branded festival, beginning with critical assessment of other special cultural offerings in the state.

An online press release issued in Lagos by the  Tourism Media Coordinator to Nura Kangiwa, Mr Frank Meke, stated that  the Turakin Kebbi, comeback bid of Argungun Fishing Festival would add a fresh flip to the desire to open up the cultural offerings of Northern Nigeria to which Kebbi State was once a notable tourism destination attracting both foreign and local visitors in droves not only to witness the fishing festival but also to appreciate the state’s huge basin as agriculture wonderland.

According to Nura Kangiwa, “The LAKE Rice produced in Kebbi State to which Lagos State is a major investor, is a testimonial to the fact that Kebbi would also leverage on this window to open up a special tour to the state on agricultural offerings and a greet and meet project at the Emir’s palace for visitors to appreciate our tradition and hospitality”.

Be the first to comment on "Kebbi Government To Re-Structure, Rebrand Argungun Fishing Festival"