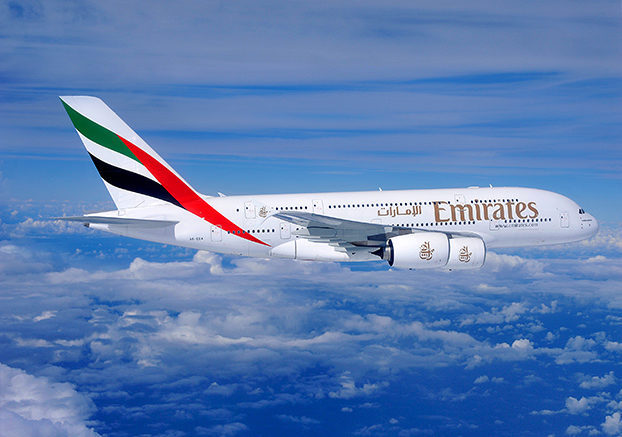 The accused are standing trial before the court for an alleged conspiracy and stealing  four bags containing the sums of $1.630million belonging to a Lagos businessman prince Chu Ikem Orji.

According to a criminal charge filed before the court by the Prosecuting Counsel, Barrister Mike O’Osong, the offence was committed sometime 2007, when the complainant travelled aboard Emirate Airline to China.

The summary of the 11th counts charge reads, “that you, Emirates Airlines, Pathfinders International Limited, Nigerian Aviation Handling Company Plc, Abayomi Adekambi Abiola, Isiaka Adegoke Adedeji, Awonubi Abayomi, George Ipekhia and others now at large on or about the 19th day of December, 2007 at Murtala Muhammed Airport, Ikeja within the jurisdiction of this court conspired among yourselves to commit  felony to with: stealing four bags with tag number EK 428682, EK 428583, EK 650162, EK 650161, collected by you from prince Chu Ikem Orji, one of which contained the sum of $1,630,000 on the promise of keeping them intact for onward delivery to him at Guangzhou China and thereby committed an offence contrary to and punishable under section 516 of the criminal Code Act, Cap C38, Laws of the federation of Nigeria, 2004”.

The defendants, who are currently on bail pleaded not guilty to the charges preferred against them.

Upon the complaint of non delivery of the bags containing the funds in a letter of undertaking addressed to the Commissioner of Police Special Fraud Unit promise to produce the missing bags belonging to Mr Orji prince Chu Ikem dated Thursday 1st of November, 2008 was written by the Sales Manager of Emirate Airlines, Alhaji Isiaka Adegoke Adedeji.

However failure to fulfill the undertaken the defendants were arraigned on March 2012 before a Federal High Court Presided over, by Justice Mohammed Idris.

However on June 21, 2012 Emirates Airlines and six others filed motion before the court to quash the charges on the grounds that the charge have not disclosed any prima facie case against them, but Justice Idris in his ruling  dismissed the application.

The defendants proceeded to the Court of Appeal to challenge the decision of the lower court for dismissing their application to quash the charges.

Justice Idris had in his ruling said,  “I’m of the firm view that this court is obliged to conduct summary trial of the accused without proof of evidence as it is not a requirement for summary trial as provided under section 33(2) of Federal High Court Act. There  is no material before the court to enable it conclude that the charge constitute an abuse of court process in view of all that I have stated above, I am of the firm view that this application is premature and lacks merit. Same is accordingly dismissed”

However in dismissing the appeal, the three panel of judges at the appellate court in a unanimous decision said,”.

”In the final result, I hold that this appeal lacks merit it is hereby dismissed. The ruling of the Federal High Court, Lagos division delivered by Mohammed Idris  on the 21st day of January 2013 is hereby affirmed and accelerated hearing of this charge is hereby ordered before the court below”.

Counsel to the defendants Awah Kalu ,SAN, apply before the court at the last adjourned date that the Attorney General be ordered to produce the same document upon which Appeal Court dismissed their appeal and ordered accelerated hearing, but the application was vehemently opposed by the prosecuting counsel,  Mike O’Song claiming that the same application was refused in the civil suit pending before justice Muslim Hassan of  the same Federal High Court.

However, Justice Idris was of the view that the defendants in a criminal proceeding must be accorded all necessary material to enable them prepare for their defence and granted the application.

Be the first to comment on "Allege Stealing Of $1.630M: Court Adjourned Trial Of Emirate Airlines, Six Others Till Tomorrow"