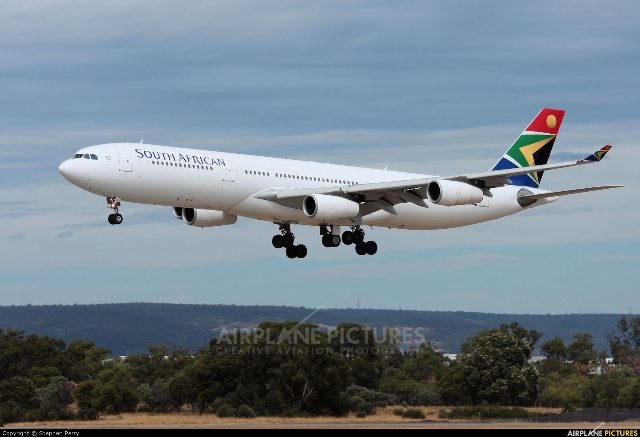 South African Airways (SAA) has disclosed plans to introduce the new A330-300 on the Johannesburg—London route in March 2018.

This is just as the airline has also decided to adjust frequencies on the route to a single daily service.

According to the Chief Executive Officer of SAA, Vuyani Jarana “We have decided to focus on those areas of our business that will enhance our efficiencies, bring more value to our customers and produce improved overall performance of the airline. Network optimisation is one such area that can contribute towards containing our costs and we introduced some initiatives that must yield dividends to return the business to commercial sustainability in the shortest time possible.” said

At the end of 2017, SAA announced network remediation on the domestic and regional markets and the airline has now turned its attention to its international network.

“We have also decided to upgrade the service operating between Johannesburg and London Heathrow to the new Airbus A330-300 with effect from Sunday, March 25, 2018. This will afford customers a significantly improved on-board Business and Economy product, with state-of-the-art technology, increased comfort and capacity,” explained Jarana.

SAA added that with effect from April 20, 2018, the airline will operate a single daily flight from Johannesburg to London Heathrow replacing the double daily service operating on the route currently.

“Our announcement to introduce the new A330-300 on the very competitive London route next month is exciting and positive news for our customers,” added Jarana.

SAA took delivery of five new A330-300 aircraft last year, which offers state-of-the-art technology that include environmentally friendly and super-comfortable.

The A330-300s offer more Business Class seats than any aircraft already in the SAA fleet.

In all, the aircraft has capacity for 249 passengers, with 46 in Business Class and 203 in Economy Class.

They are quieter compared to previous-generation aircraft, equipped with advanced avionics and navigation systems and have ultra-fuel-efficient Rolls-Royce Trent engines, resulting in lower fuel burn and, as a result, lower carbon emissions.

The Business Class on the new A330s is set to make customers between London and Johannesburg feel at home in their very own ‘living space’.

Seating in Business Class cabins is in a staggered 1-2-1 configuration, offering all customers a forward facing, lie-flat seat, increased privacy and direct access to the aisle.

To give customers the best possible viewing experience, each seat is fitted with its own high-tech, 15” easy-to-use touch screen.

There is space for personal tablets to rest in the back of the seat and SAA introduced an app where customers can download additional entertainment before their flight.

Economy Class on the A330-300 is fitted with newly designed seats with personal space and generous legroom for travelling comfort.

Each seat is fitted with a 10.1” high-resolution screen, individual USB charging ports, and access to shared PC power points, so customers can enjoy the latest movies and TV shows, on-demand.

Seating in the Economy cabin remains in the popular 2-4-2 configuration, continuing to ensure that customers are only ever one seat away from the aisle.

The A330s complement SAA’s existing Airbus long haul on the domestic/regional fleet, which include A320s that were delivered in 2015.

“We will continue to operate the daily non-stop SA234/SA235 service which offers customers convenient connections into and out of Johannesburg on SAA and our codeshare partners’ domestic and regional networks,” Jarana concluded.

SAA has leased the second Heathrow slot, giving the airline the flexibility to reinstate a second flight at the end of the lease period, providing the airline an opportunity to grow and develop in the future.

SAA has announced a flexible re-accommodation policy for customers currently booked on SA236/SA237 to switch onto the earlier SA234/SA235 service and enjoy the new aircraft.