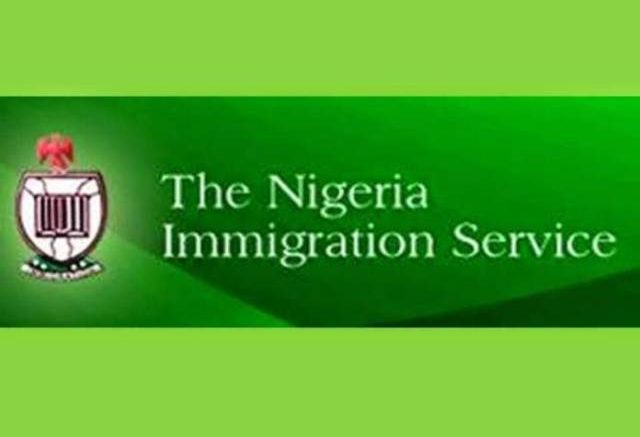 The Federal Government has approved the promotion of 78 officers of the Nigeria Immigration Service (NIS) attached to the Murtala Muhammed International Airport (MMIA), Lagos to different new ranks.

The newly promoted officers were decorated at the airport with their new ranks and were charged to continue to be good ambassadors of the country and shun any vices that could dent the image of the country.

Decorating the officers with their new ranks, the Assistant Comptroller General (ACG),NIS, Airport Command said that the service and the country at large expected a lot more from the officers.

Usman commended the Comptroller General Immigration Service, Mohammed Babandede and the board of NIS for granting the approval for the elevation of the officers, maintaining that the command had never had 78 of its officers promoted at once .

He charged the officers to continue to discharge their duties to the country, stressing that the service would not condone any act of indiscipline from them or any other of its officers at the command.

Usman however, admonished all the officers to regularly check their records and submits the Annual Performance Evaluation Report (APER), which he said contributes in no small measure to promotion of officers.

According to him, “This promotion signifies that you have consistently performed your duties as expected from you, but to whom much is given, much more is expected. Promotion is additional responsibility. The government still expects some levels of improvement from you. We should always strive to represent this country well through our conducts.

He continued, “You know at the airport, you have the first contact with foreigners and the image you create in their minds lasts longer. This command will not tolerate any act of indiscipline from anyone. And for those who were not promoted now, you may have been promoted spiritually, health-wise and with other records of achievements. However, I can assure you that your promotion is on the way as anyone that is deserving of promotion would be promoted as at when due.”

He promised that the newly decorated officers and others within the command would continue to discharge their duties to the best of their abilities.