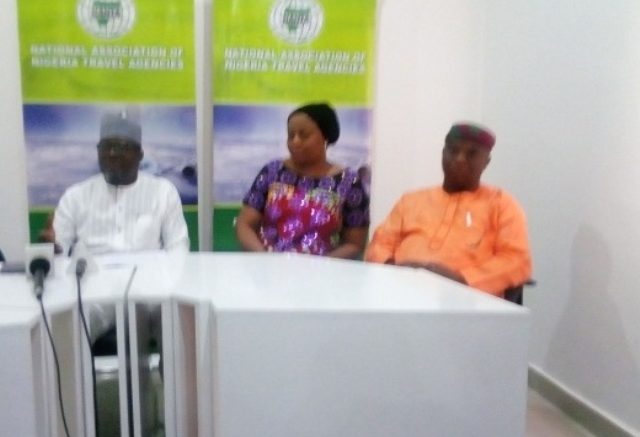 The President, National Association of Nigeria Travel Agencies (NANTA), Mr. Bernard Bankole has stated that the Nigerian Civil Aviation Authority(NCAA) endorsed national identity card scheduled for launch in March would not only change the perception of the general public, but would also give a sense of belonging to the practitioners within the Industry.

Bernard, who spoke at a breakfast meeting with a select aviation and tourism journalists in Lagos, said that the association would be delighted to see the much talked about identity card come to reality in March.

According to him, “This would not only change the perception of the general public, but give a sense of belonging to the practitioners within the Industry and be seen as true professionals that we are, which will automatically eliminate fraudsters.”

He explained that the immediate and future gains of this scheme are numerous and that in due course NANTA would invite the media to the public unveiling of this strategic security product that will question and check the prowling of the association business lines by fake and fly-by-night operators.

“Let me state earnestly that with this card, which has the backing of government aviation regulatory agencies, the days of spoilers in our midst are over,” Bernard declared.

The NANTA boss further explained that today ,there are people who are not trained travel agents who go about extorting money from unsuspecting public all in the name of travel agents.

On why NANTA decided to involve NCAA, the President said that since NCAA is the aviation regulatory entity, it would be proper to get the agency for credibility, adding that the agency had since approved all the recommendations as it concerns the identity card project.

The identity card, he argued may not sanitise the industry but would tell the public where NANTA is heading.

He added that to demonstrate the seriousness NANTA attach to the identity card project, the association will be visiting the Economic and Financial Crime Commission(EFCC),Nigeria Immigration Service and the Nigeria Police to sensitise them on what NANTA is doing and what it intend to achieve with the identity card.

Also speaking on the proposed identity card project, the Vice President, Lagos Zone, Mrs. Adelola  Adewole, said, “We have all sorts of people parading themselves as travel agents but they are fake and touts who extort money from innocent passengers.”

She stated that NANTA was taken huge steps to address the issue of fake, touts and extortionists who claimed to be travel agents.

The Vice President contended that the first contact of foreigner is travel agents, adding that at such NANTA is coming up with identity card project for its members so that the public can differentiate genuine travel agents from fake.

In her words, “It is not an easy job but we know that this year will be better compared to 2017.”

On the elective Annual General Meeting(AGM)that will be coming up this year, Bankole stated that in Nigeria’s tourism and aviation calendar of events, NANTA’s AGMs and convention usually makes top news and high attendance, adding that this year’s AGM is an elective one, which is expected to take place in the oil city of Port Harcourt.

On the choice of Port –Harcourt, Bankole said, “In picking the destination, we are mindful of the fact that a national association such as NANTA with over 6,000 (Six thousand strong members) cannot pretend that our membership outside Lagos, Abuja, Kano do not desire to feel the impact of our reach and influence, hence the decision of the Board of Trustees (BOT) and my presidency to hold the AGM in Port Harcourt, the heart of Eastern and Southern Nigeria.”

The NANTA President stated that in due course, the AGM committee would roll out programme for the AGM, calling on the people and government of Rivers State to brace up and support the convention which would attract investment and goodwill to the people of this noble state.

Be the first to comment on "Identity Card Project Will Change Public Perception, Give Practitioners Sense Of Belonging—-NANTA President"