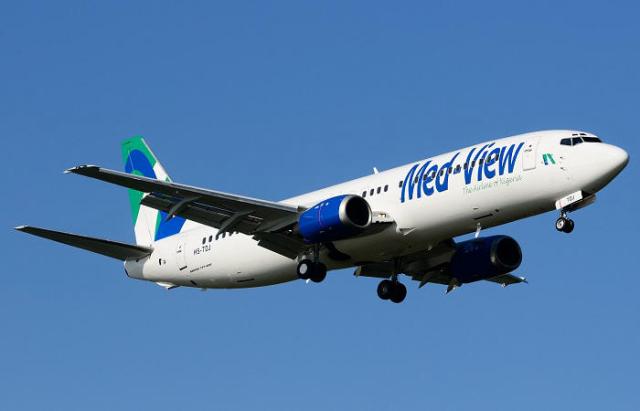 …Says It Is Sabotage Made In Europe

Med –View Airline has attributed its reason for the cancellation of London flight to sabotage, by yet to named saboteur(s). in Europe

The airline made this known in an online statement issued by the Executive Director, Business Development and Commercial, Isiaq Na-Allah and made available journalists today.

Na-Allah stated that the essence of the statement was to explain to the airline’s passengers, who were scheduled to travel in and out of London and Lagos today January 26,2018 on the fact of the situation.

Explaining what happened, Na –Allah, said, “After the departure of our flight from Lagos to London on Wednesday 24 Jan, we were informally informed by our handling agent that they will not be providing services to our aircraft. We immediately sought intervention of the Gatwick authority, who is expected to be unbiased but joined the fray surprisingly. Not wanting to take chances, we sought for alternative handling arrangements to avert an ugly situation but this proved abortive.”

“Our passengers who were scheduled to come to Lagos on this service were therefore denied boarding and we had to provide accommodations and logistics for them with the hope that we will clear the issue the next day and then operate the service.”

He continued, “Our European partner, EAA came and intervened but this also proved abortive. This we view strongly as unethical and draw a suspicious motive. In order to avoid more embarrassing situations we protected these passengers on other alternative carriers to Lagos. We strongly regret this situation. As it became evident that our airplane will not be allowed to come and position to Lagos for our next rotation to London, we had no choice other than to cancel our London service today, Friday 26 Jan.”

“This we effectively communicated to our passengers and protected them on other carriers. While some accepted the offer, some rejected insisting they want a particular carrier. We are presently working to resolve with these passengers,” The Director added .

Meanwhile, some passengers, who were to travel on board  the airline to the United Kingdom  protested when they learnt that their flight  VLO209 from Lagos to Gatwick, London  has been cancelled .

AbelNews learnt that the London bound flight was to depart Lagos at about 11.45 am

The angry passengers were said to have taken their discontent about the flight cancellation to the Consumer a Protection Department, which has an office for at the international wing of the Murtala Airport (MMA), Lagos.