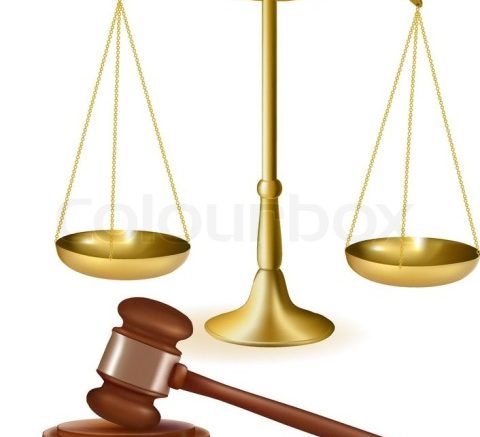 The Economic and Financial Crimes Commission (EFCC),  has urged the Supreme Court of Nigeria to upturned the Judgment of the Lagos Division of the Court of Appeal, which cleared Justice Hyeladzira Nganjiwa of allegations of unlawful enrichment to the tune of $260,000 and N8,650,000.

The EFCC in a notice of appeal filed on it behalf by its counsel, Wahab Shittu, maintained that the independence of certain bodies including the National Judicial Council (NJC) guaranteed under Section 158(1) of the 1999 Constitution does not preclude the institution of criminal proceedings by the state against judicial officers or immunity from criminal proceedings.

The appellate court in a judgment delivered on December 11, 2017, by Justice Obaseki Adejumo, had held that the National Judicial Council (NJC) must first perform its constitutional role of disciplining the judge and recommending him for prosecution before the EFCC can file charges against him.

But the anti-graft agency  in its appeal before the apex court said that the Appeal Court erred in law when it held that the NJC is the sole body empowered by the Constitution to determine allegations of misconduct against judicial officers even on criminal allegations of bribery and corruption made against its officers.

The commission contended that no judicial Officer is covered by immunity from prosecution under the constitution as the constitution only grants the powers to discipline judicial officers for official misconduct to the NJC.

The EFCC further averred that “a cumulative reading of Sections 153(1) and 158(1), paragraph 21(b) of Part 1 of the Third Schedule of the Constitution do not give rise to the interpretation that a criminal allegation against a Judge must be first disposed off by the National Judicial Council (NJC) before criminal proceedings against such judicial officer can be initiated by the state.

“There is no provision of the constitution making the exercise of powers of law enforcement agencies on investigation and prosecution dependent on the exercise of powers by the National Judicial Council in the context of criminal offences allegedly committed by judicial officers in the discharge or outside the discharge of duties by judicial officers.

“The Court of Appeal assaulted the principle of Separation of Powers enshrined in the 1999 Constitution of the Federal Republic of Nigeria (as amended) by shackling law enforcement agencies from operating independently and freely.

“Procedural immunity for any person including judicial officers as prelude to prosecution for alleged criminal offences is unknown to the 1999 Constitution of the Federal Republic of Nigeria (as amended).

“The Court of Appeal judgment will gravely undermine the ability of law enforcement agencies to function freely and independently and obstruct efforts to hold the judiciary accountable for any abuses of its adjudicatory authority and criminality in exercise of its adjudicatory powers.

No date has been fixed for the hearing of the appeal.

Justice Nganjiwa, a sitting judge of the Federal High Court, was arraigned on June 23, 2017 by the EFCC on a 14-count charge of collecting bribes to pervert the course of justice, before Justice Adedayo Akintoye of the Lagos State High Court in Igbosere.

The commission claimed that the judge received the money through his bank account between 2013 and 2015.

The EFCC also alleged that  the sums did not correspond with the judge’s salary and he could not explain the source of the funds.

Before he was arraigned, his lawyer, Chief Robert Clarke (SAN) had filed a preliminary objection insisting that the court did not have the jurisdiction to hear the case because it is only the NJC that is constitutionally empowered to discipline a serving judge.

But in her judgment, Justice Akintoye threw out the application, holding that “It is trite in law that the court can entertain and determine the right of any citizen no matter their status.

Citing Section 6(6) of the 1999 Constitution, the judge held that It is not correct that the High Court of Lagos State does not have jurisdiction to entertain this matter.

“It is only the office of the president, vice-president, governor or executive governor of any state. So the defendant does not have immunity under Section 308 of the 1999 Constitution.

“The court has been properly constituted and has the power to try the case. The notice of preliminary objection, I hold, is therefore, misconceived and same is hereby dismissed.