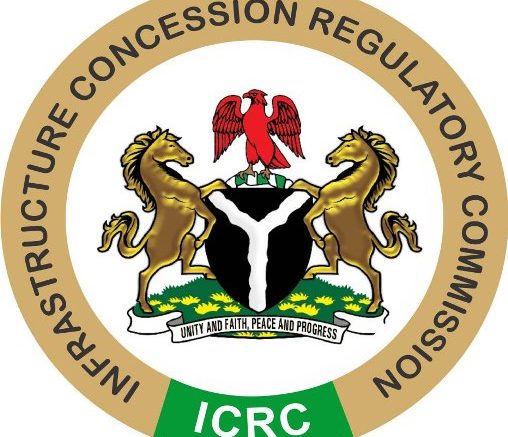 The Federal Airports Authority of Nigeria(FAAN) has urged the Infrastructure Concession Regulatory Commission (ICRC) to rectify the anomalies associated with the Build Operate and Transfer (BOT) agreement between Bi-Courtney Aviation Services Limited (BASL), operators of the Murtala Muhammed Airport 2 (MMA 2) and the authority.

The  call  became necessary following a mediatory visit by the Acting Director General of ICRC, Mr. Chidi Iwuzah to both parties recently to iron out grey areas in the contractual agreement in the interest of the nation.

FAAN in its statement signed by the General Manager Corporate Affairs, Mrs. Henrietta Yakubu, stated that the  BOT agreement granted Messrs Bi Courtney Limited was for the design, financing, construction and management of a domestic terminal building at the Murtala Muhammed Airport, adding that the  concession premises is limited to the domestic terminal, as clearly de-marcated and delineated by beacon nos as contained in the survey plan.

“For the purpose of emphasis, the General Aviation Terminal(GAT) does not and could not have formed a part of the concession. Even before the terminal presently developed and occupied by BASL got burnt, the GAT had existed and operated independently on its own, BASL is only trying to reap where it has not sown,” FAAN said.

“We, therefore, want to reiterate our position that GAT is not part of the concession granted Messrs Bi Courtney, neither had FAAN admitted to that assertion at any time,” it added

The statement argued that it is imperative to state that certain provisions in the concession agreement are negatively skewed against the overall interest of Nigeria and Nigerians and that it hampers the growth and development of the industry.

Any contract whose provisions are contrary to overriding public interest should not be allowed as no single individual or corporation is bigger than the nation Nigeria.

FAAN, the statement stated was  open to a progressive review/collaboration that puts the interest of the over 180 million Nigerians as well as the growth and development of Nigeria first, adding that the agency is also willing and ready to collaborate with our partners and investors in this regard.

On the abandoned Four Star hotel and conference centre, which are separate projects executed in 2007 and distinct from the terminal building; the statement said it was a clear case of breach of contract.

Messrs Bi Courtney, FAAN stated exhausted the construction and the extension  period granted it in the lease but that in the interest of fostering its  business relationship, FAAN showed magnanimity by granting a further construction completion period of 24 months by an addendum executed by the parties in 2015.

The statement added that the addendum clearly stated that no further extension shall be granted Bi Courtney.

Explaining further, the stated said that two days before the expiration of the construction completion period, Messrs Bi Courtney went to court and obtained an injunction restraining FAAN from terminating or interfering with their possession and occupation of the two premises, having flagrantly breached the provisions of the agreement by failing to deliver the projects, thereby causing monumental embarrassment to the aviation sector with these two structures that are strategically located.

FAAN, the statement said hopes and requests that the ICRC, in the interest of the nation and for the overall growth and development of the Nigerian aviation industry should fairly and justly mediate in this matter.