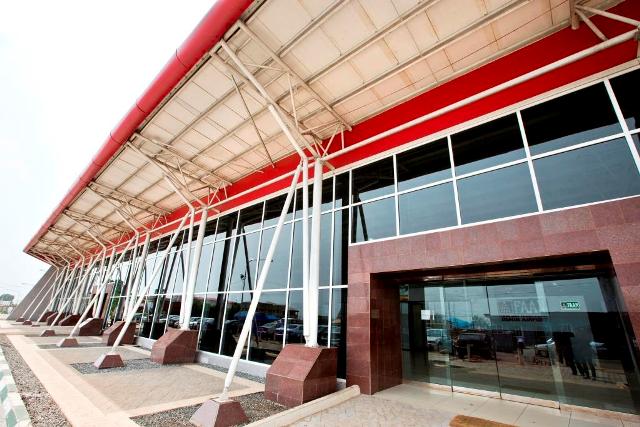 …To Partner FAAN On Nght Landing

The Edo State Government has partnered with Viko Nigeria to open tourism information desks at the Benin Airport to market and promote the state’s tourism sites.

This is just as the State Governor; Godwin Obaseki hinted that the stated will partner with the Federal Airport Authority of Nigeria (FAAN) to ensure night landing at Benin Airport.

Benin Airport is one of the airports that operate visual flights in the country.

Speaking at the opening of the desks at both the Arrival and Departure Wings of the Airport yesterday, the State Governor, Godwin Obaseki, stated that the essence of opening the desk is for investors and visitors to know about the tourism potential of the state.

The governor, who was represented by the Chief of Staff, Chief Taiwo Akerele, explained that the idea behind the project is the commitment to make the state a 24-hour economy.

According to him, “As a state, we want to leverage on our potential to attract local and foreign investments. We are partnering with the Federal Airport Authority of Nigeria (FAAN) to make night landing possible at the airport to increase influx of passengers coming into the state for business and leisure.”

On his part, the Commissioner for Arts, Culture and Diaspora Affairs, Hon. Osaze Osemwegie-Ero, said the information desks are a part of the arts and tourism roadmap for the development of the state.

He stated that the idea was conceived by Obaseki as part of efforts to boost investments and employment opportunities in the state.

In his words, “The airport is the gateway to the state if you are coming by air and the desks will give all the needed information about the places to visit in the state.”

The Executive Director, Viko Nigeria, Mr. Kanu Chidi, said that tourism has the potential to develop the state’s economy, adding that the collaboration with Edo will yield positive results for people of the state.