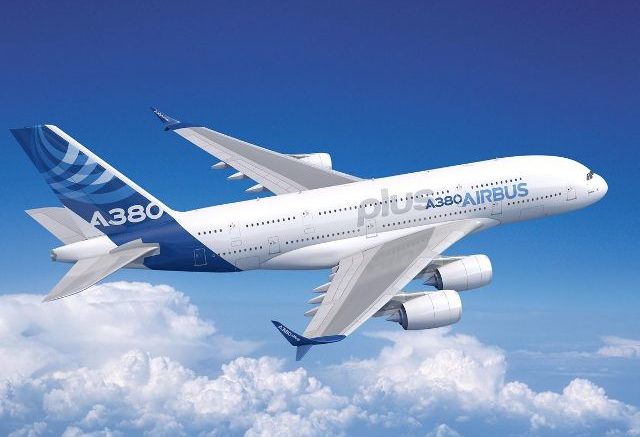 Airbus’ Commercial Aircraft deliveries were up for the 15th year in a row in 2017, reaching a new company record of 718 aircraft delivered to 85 customers.

Deliveries were more than four per cent higher than the previous record of 688 set in 2016.

Airbus President, Commercial Aircraft Fabrice Brégier, who commented on the record, said, “A new Airbus delivery record coupled with our fifth best order intake wraps up a remarkable year for us.

“This outstanding achievement is testimony to the dedication of all our teams, and makes the company fitter, stronger and ready for the opportunities ahead,” he said.

On a more downbeat note, Airbus said the A380 programme might have to end if Emirates could not be signed to a new deal.

The manufacturer confirmed it would build 12 A380s in 2018 and a further eight in 2019, with stating it was prepared to build a minimum of six planes a year after that.

Speaking as the results were announced, Airbus Head of Sales, John Leahy said, negotiations for Emirates to buy more of the superjumbo were ongoing.

“We are still talking to Emirates and quite honestly they are probably the only one in the marketplace, who can take a minimum of six A380s a year for a period of eight to ten years,” he said.

“If we cannot work out a deal with Emirates I think there is no choice but to shut down the programme.”

With this year’s performance Airbus has steadily built on deliveries year on year – with 15 consecutive years of production increase.

From its four A320 Family plants in Hamburg, Tianjin, Mobile, and Toulouse, Airbus is on track to achieve rate 60 per month on single-aisle by mid-2019.

Also, Airbus said it would increase the average list prices of its aircraft by two per cent across the product line.

“Our new 2018 pricing reflects Airbus’ continuous investments into its aircraft programmes to maximise their value for our customers’ satisfaction – with the winning combination of performance, operating economics and passenger experience,” Leahy concluded.