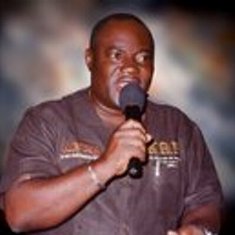 The Chief Executive Officer of Lagos Ferry Services Corporation(LFSC), Mr. Kalejaiye Adeboye has disclosed that state has concessioned the building and operation of the ferry service to a private firm for 10 years and additional two years moratorium.

This is just as he stated that the company, whose identity he did not disclose would commence construction of the terminal in two weeks time.

He made this known during a boat cruise to the proposed headquarters of the Lagos Ferry Services as part of the media party in celebration of tourism journalists organised by Tarzan Marine Services Limited in Lagos at the weekend.

The Lagos Ferry boss said that the agreement with the concessionaire include: building a  terminal, which will serve as the Lagos Ferry Headquarters, shopping mall and a car park, adding that on completion people can shop while going to board ferry to their destinations.
The location, he said would also have a petrol station to serve both marine and road transport operators, adding that Lagos Ferry was also  in talks with Lagos Metropolitan Area Transport Authority(LAMATA) to link the walkway with the proposed terminal.

Kalejaiye added that the state will link the Control Centre with the Command Centre in Alausa to know what is going with the corporation’s ferries.

According to him, “We are relocating here in the first quarter of this year while we await our ferries to arrive. This place is where the ferry service started from. It is a strategic location for Lagos Ferry Service.”