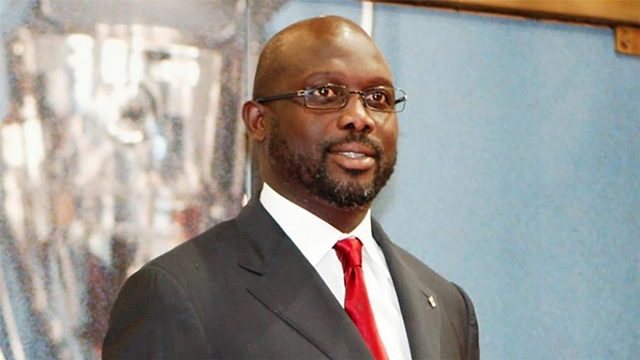 Ex-World Footballer George Weah has been elected President of Liberia

The 51 –year-old and also former Ballon d’Or winner won 13 of 15 counties to emerge as President-elect, while his opponent and current Vice President Joseph Boakai won only two counties.

With this development, Weah becomes the 25th President of Liberia.

Before retiring, the ex-international footballer played for many great clubs which includes: Paris Saint-Germain, AC Milan, Chelsea and Manchester City and Marseille.

“I am deeply grateful to my family, my friends, and my loyal supporters who contributed to our campaign during this extremely long election season,” Weah said on Twitter before the results were announced.

With the election, he will take over from the current President and Nobel Peace Prize winner Ellen Johnson Sirleaf, who is also an economist.