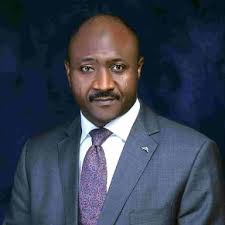 In continuation of his consultation with aviation stakeholders, the Managing Director/CEO of the Nigerian Aviation Handling Company Plc, Mr. Idris Yakubu, has visited key aviation regulators and stakeholders.

Yakubu’s first point of call was the Nigerian Civil Aviation Authority (NCAA), where he met with the Director General, Capt. Muhtar Usman. Capt.  Usman expressed delight on the visit of the NAHCo MD and urged the company to continue to abide by the rules.

The Chief Regulator expressed satisfaction with the way NAHCo had been conducting business around the airports and hoped other operators would conduct their businesses in like manner.

On his first visit to the headquarters of the Federal Airports Authority of Nigeria(FAAN)  since assuming the mantle of leadership at NAHCo, Yakubu was received by FAAN’s MD, represented by its Director of Commercial and Business Development, Mr. Abdukadir Rafindadi, and the Director of Finance and Accounts (DFA), Mrs. Nike Aboderin.

The NAHCo boss said the visit afforded him the opportunity to come and say thank you to FAAN, whom he described as NAHCo’s “landlord” for its support to the company.

He pledged to sustain and improve on the cordial relationship existing between FAAN and NAHCom, adding that NAHCo was a part of FAAN before its excision and eventual privatisation.

Yakubu stated that he was positive that the present cordial relationship that exists between the two organisations would be further deepened in a way that value would be added to the two major aviation industry players.

Responding, the representative of the Managing Director, Rafindadi, said, “NAHCo remains one of the best partners of FAAN” even as he urged NAHCo to continue to maintain its high level of service delivery.

He described that the relationship between FAAN and NAHCo as a win – win situation and expressed the hope that the two organisations will continue to work together.

Aboderin on her part observed that FAAN does not have any issue with NAHCo whom she described as one of the major partners of the authority in the industry.

She commended NAHCo for the way it has been conducting its business at the Airport.

During his visit to the Customs Area Comptroller, MMIA Command, Mr. Emmanuel Edede, the NAHCo MD said it was important for him to come and visit Customs, an important stakeholder at the Airport. He promised that NAHCo will continue to follow laid down rulesand regulations in the conduct of its business and will assist the service in its efforts to help grow revenue for the Federal Government.

The CAC on his part said his organization has always had a good working relationship with NAHCo, adding that NAHCo has been very compliant.

He pointed out that the NCS does not encourage indiscipline, and that the service would try as much as possible to expose the bad eggs while ensuring a level playing field for all operators in the sector.

Be the first to comment on "NAHCo MD Visits Stakeholders"