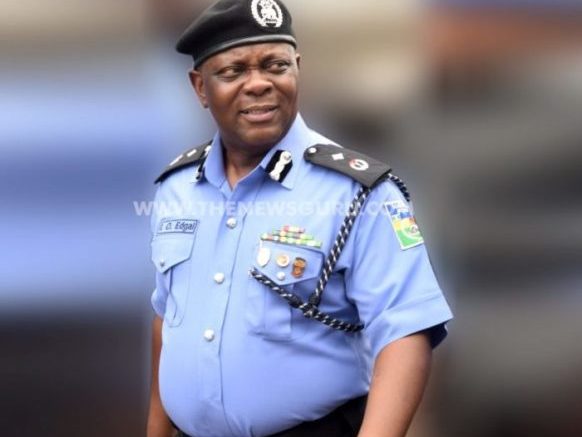 The Police in Lagos  has arrested a man, Mr Kingsley Oriaku for allegedly selling his two children to an orphanage home in Abia Sate for N190,000 only.

This is just as he confessed that he sold an abducted seven-years-neighbour’s son to the same orphanage home for the sum of N120,000.

Oriaku’s  criminal activities was made known when a case of conspiracy and kidnapping was reported by one Olabisi Yanga ‘f’ with the Lagos state police on October 29,2017 that her son one Gabriel Yanga, age 7-years- old was missing on October 28,2018 and that efforts made to trace the missing child did not yield fruitful result.

Speaking to journalists while parading the suspected serial human seller, Lagos State Commissioner of Police, Mr Imohimi Edgal said that based on the report received, the Command deployed a crack team of investigators to Owerri, Imo State and arrested one Kingsley Oriaku.

Imohimi stated that Oriaku confessed during interrogation to have kidnapped the victim;Gabriel Yanga (male), whom he took on a night commercial bus to Abia State, where he sold the child to an unknown orphanage home proprietress at the cost of N120,000. “The suspect further confessed that he had earlier sold his two biological children to the same proprietress at the cost of one hundred and ninety thousand naira only (N190,000.00). Consequently, enquiry led operatives to Rivers, Abia and Anambra States respectively where two female suspects namely Adaorah Obi and Loveth Nwanawo were arrested and they admitted to have bought the child at the rate of One Hundred And Twenty Thousand Naira only (N120,000..) and sold him for Five Hundred Thousand Naira only (N500,000.00)” Imohimi said.

The Lagos State disclosed that the stolen child was later recovered at Ajalli village, Orumba North Local Government Area of Anambra State and that he had since been handed over to the mother.

He added that investigation into the case had been concluded, adding that the suspects would be charged to court.

Be the first to comment on "Police Nab Father For Allegedly Selling His Two Children For N190, 000"