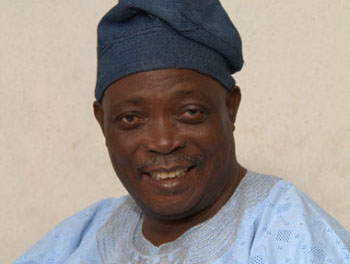 Guaranty Trust Bank (GTB),  today, urged the Federal High Court, Lagos, not to grant a Bond application filed before the court, by  former Governor of Oyo State, Rasheed Adewolu Ladoja, as  security over his property, which the court had appointed a Receiver/Manager on.

The court presided over by Justice Rilwan Aikawa had on October 5, 2017, granted leave to the Receiver/Manager Mr. Olamide Owolegbon, appointed by the GTB to take possession of a property belonging to Ladoja, pending the determination of a debt recovery suit filed against him.

GTB in a bid to recover an alleged debt of N207, 150, 761. 46 million, had dragged Ladoja alongside his company, Hi-Nutrient International Limited before the court.

At the resumed hearing of the matter today, Ladoja’s lawyer, Chief Bolaji Ayotunde (SAN), and T. A. Bayero, told the court of their clients’ motion dated November 29, 2017.

In the said application, Chief Ayotunde urged the court for an order granting leave to Ladoja, to provide a security bond in favour of the Court’s Chief Registrar in the sum of N207, 150, 761. 46 million, pending the determination of the suit.

Ladoja also sought an order of the court deeming the bond of  N207, 150, 761. 46 million, issued by the UBA in favour of the court’s Chief Registrar, Lagos, dated November 24, 2017. And an order directing GTB to vacate Ladoja’s property together with buildings and appurtenances thereon, situated at 57,Oscar Ibru way, Apapa, Lagos

In urging the court to grant Ladoja’s application, Chief Ayorinde (SAN), said acceptance of the Bond is a universal concept of universal application in all aspects of law.

He added that in Mareva order, the moment issue of security comes up.

Ladoja’s lawyer also stated that the originating process filed by GTB and Owolegbon, cannot be true, particularly, paragraph 15 of the plaintiffs’ supporting affidavit, where the plaintiffs claimed that the defendants failed to liquidate the facility.

Ayorinde (SAN) also stated that the property was a security and alternative security has been posted while court decides merits or demerits of the case. And that the purpose of existing order of injunction is not punitive, it is to secure and to preserve the money they are seeking for.

Responding, GTB lawyer, Temiloluwa Adamolekun, while urging the court to dismiss  Ladoja’s application, said the order that the defendants are seeking for is for court to upturned his earlier order made on October 5, 2017.

Adamolekun told the court that Bonds are usually posted where there is a claim for money. Adding that the reliefs he seek for are declaration, while the suit is about a protection of the Receiver. He added that since the defendants filed the application, they have failed to talk to the bank about the loan, and that what the defendants traded for was the property not money.

The GTB lawyer also stated that the defendants’ Bond if granted, will robbed the court of its jurisdiction. He therefore urged the court not to grant the application.

Justice Rilwan Aikawa, after listened to the submissions of both parties, adjourned the matter till December 15, for ruling.

It will be recalled that Justice Aikawa had on October 5, granted GTB’s application to appoint Olamide Owolegbon, as its receiver/Manager, on Ladoja’s property located at 57, Oscar Ibru way Apapa, Lagos, due unpaid debt of N207, 150, 761. 46 million, pending the determination of the substantive suit.

The judge, also made an order restrained the defendants and the Directors of the company and their agents from frustrating the Receiver Manager from exercising all the powers vested in him to perform his duties

Be the first to comment on "N207M Debt: GTB Asks Court To Dismiss Ladoja’s Bond"