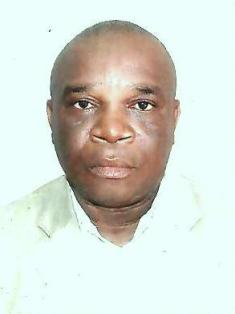 In the global tourism industry, it is not often that we see workers up in arms against tourism institutional powers, not usually over poor pay neither on baboon like management templates. Yes, we have seen and heard about railways and airlines being shut down but quickly reopened due to dynamics of needs and importance of such structures to day to day activities of mankind, yet such dislocations are never catholic.

To us in Nigeria, our Nigerian Tourism Development Corporation(NTDC) has become a place disharmony, official barbarism and animal farm where tourism apprentices selected and appointed have shown absolute disregard to best tourism management practices. As it was with PDP candidate for the leadership of NTDC from 2013 to 2015, so the APC against it famed and often misapplied change slogan, sent forth sledge hammer administrators instead of a broom cleansing liberators to destroy the once enviable institution set up to drive our collective tourism dream.

Significantly, that NTDC workers shut down the place recently to protest the inherent broad day light administrative nightmare must be seen beyond the irritations associated with labour unionism but a timely call to re-assess Nigeria’s desire to make any meaningful gain on the global tourism travel market.

The message out there and to which President Muhammadu  Buhari and the people of Nigeria must understand is that time has come for us to professionalise the management of NTDC and seek to find the best hands and brains to rework the tourism master plan of government intervention and desire to empower our people through the business of tourism.

First, it is desirable to sympathise with President Buhari over the glaring failings and immaturity of his choice and nominee for the management of NTDC at these critical times in affairs of our country, however, this government must not pretend that time for change at NTDC can be wished away.

Apart from the shame visited on this government in the comity of tourism nations, the unending administrative malaise driven by political miscalculation has at every turn and corner brought Nigeria a dose of bad image. The whisper of regret has suddenly become a noise for change. This NTDC management is not prepared for leadership.

Is there anything wrong with NTDC as a structured framework to develop and sustain tourism expectations? The answer remains affirmative and indicative that Nigeria does create best institutions of governance but selects leadership for such structures from the gutters. Honestly, NTDC workers recourse to draw attention of the government and Nigerian people to the rot in the system must be seen as the best democratic expression to red card those who dream of enslaving the Nigerian tourism dream. Even the often abused military governments did not fall into this avoidable error.

I believe and wish to advocate that the pretenders and mistakes to our tourism dream must be shown the way out. Though the catalogue and records of official misadventure of NTDC management are in public domain, I am constrained to warn that all those in the corridors of power shielding this Frankenstein monster type of leadership in NTDC are also aiding and abetting corruption and the slavery of the Nigerian people.

To me, leadership question at NTDC is yet to be solved since Otunba Runsewe exited from the place in 2013. I will also predict that Nigeria may also struggle to find a critical replacement for President Buhari if he drops off the line of political contention in 2019. Indeed, Nigeria is yet to get it right when it comes to finding a replacement for best hands and game changers of our tourism economic and political evolution.

At the onset of this write-up, the desire is to call for a national town hall meeting not on a premised grave yard peace and reconciliation mantra between NTDC workers and the management but for a swift decision to find lasting and enduring solution to leadership problems that has buffeted the growth of NTDC and tourism in the past five years.

The truth to our collective dream tourism at least at the federal level is that the collective trust and foundation of collaboration between the NTDC workers and the management has broken down completely and no political Shenanigan and official pleading can ever restore confidence to both parties.

It would be a waste of effort to find peace and the desired environment to rekindle the best administrative expectation at NTDC not because the workers has not shown enough faith and hunger to interpret the official mandate of NTDC but due to the administrative Mugabesim as a telling negative template which is corrosive to any positive engagement.

Again and again, what we need now to salvage our tourism dream is to give the NTDC management the Maina and Gwazo treatment. Anything short of listening to deep cry and desire of the workers for a change in leadership at NTDC would continue to showcase this administration in bad light to the outside world and to Nigerians in particular.

Noteably, Nigeria is already the laughing stock of the tourism community in Africa and one dare submit that no local or international investor(s) will over eye our tourism assets for a takeover and investment not with the kind of madness at NTDC today.

It is sad, very sad to see NTDC reduced to this buccaneer kind of administration. It is painful that NTDC has become a tourism house of shame, a place where political Mugabe’s in Nigeria are sent to experiment and magnify rascality and create Panama records. It is worrisome to see Nigeria on lower rung of tourism traffic records in Africa. It is shameful to select our worst breed as face of tourism management when we should be searching for collaborative best brains to unveil Nigeria hidden and virgin tourism treasures.

Let our elected representatives at the Senate and House of Representative rise to the call by patriotic tourism workers at NTDC and effect the necessary intervention if President Buhari would not do the needful. The workers have blown the whistle on corruption at NTDC, so let the broom sweep away the cobwebs in NTDC cupboard.

Corruption should not be interpreted just when government money grows wings but must be seen in the context of any administrative failings which creates windows of disharmony and caused a dislocation of expected tourism benefits and dividends of democracy to the Nigerian people.

It will be regrettable for President Buhari to keep NTDC management as presently constituted a day longer in office as the shame and sham in the place will never abate. We all make mistakes but we must have the courage to correct our errors. NTDC management is a mistake in our desire to mix politics with common sense in a cautious search for human beings as against bulls as tourism leaders.

Be the first to comment on "(Opinion)NTDC: A Tourism House Of Shame"