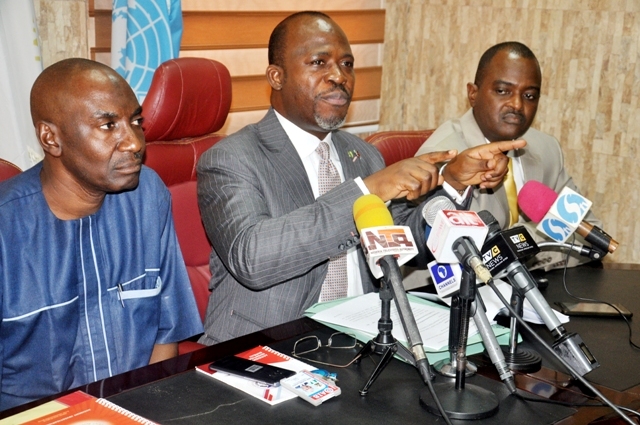 The reports are that involving a Boeing 737-500 with registration 5N-BLE belonging to Aero Contractors Company of Nigeria Ltd, which occurred at FL330 en route Kaduna Airport on   June 5, 2015 and reports on the Serious Incident to Nigerian College of Aviation Technology (NCAT) Socata TBM 850 aircraft with registration 5N-BZA which occurred Near Kaduna Airport, Kaduna, Nigeria on  May 21, 2013.

This is just as the Bureau also launched a mobile application, AIB Mobile App to give the investigators new and more convenient way to receive Aircraft Accident and Incident Report in real time and improve engagement with Nigerians by providing easy and open access to the Bureau and its activities.

The Commissioner AIB, Akin Olateru presented the four reports at the agency’s corporate headquarters at the international wing of the Murtala Muhammed Airport(MMA),Lagos today.

Olateru stated that in the last one year, the agencu had published 10 final reports, one Safety Bulletin and have made 35 safety recommendations  of which the industry particularly would benefit from. Olateru, who released causal factors of the crashes and incidents lamented it was disheartening releasing reports of incidents  accidents that  happened over 10 years ago, adding that no lesson would be learnt from it and that essence of accident investigation is to nknow the cause and prevent future occurenc.

To buttress  his point , Olateru specifically mentioned the accident involving Gitto Construczioni Generali, adding that at present the airline has ceased to operate,the owner is deceased  and that as a result there is no lesson to give to the aircraft owners.

On whether AIB is monitoring to ensure that safety recommendations are implemented , he stated that implementation was key to achieving safety  but that AIB does not have powers of enforcement,adding that that is why the body  is collaborating with the Nigeria Civil Aviation Authority (NCAA),who has the power to oversightairlines.

On the mobile App unveiled , the AIB boss  stated that in the information age having a smart phone  was no longer luxury but essential.

He explained that the development of its mobile application is essential to its processes, as it extends relationship with users by providing: better access to news and updates, convenience and live reporting by eye witnesses in the event of accidents or incidents.

According to him,”Pictures can be uploaded on the app. This can assist greatly in investigations. AIB Mobile App as it is called, gives us a new and more convenient way to receive Aircraft Accident Report in real time, thus increasing promotional opportunities with push notifications and more which depicts its core objectives of Accident and Incidence investigation reports.”

He continued, “This App would improve engagement with Nigerians by providing easy and open access to the Bureau and its activities.

The Application is now available for free download on the Apple, Android and Google play stores. Details of which are now available on our website.”