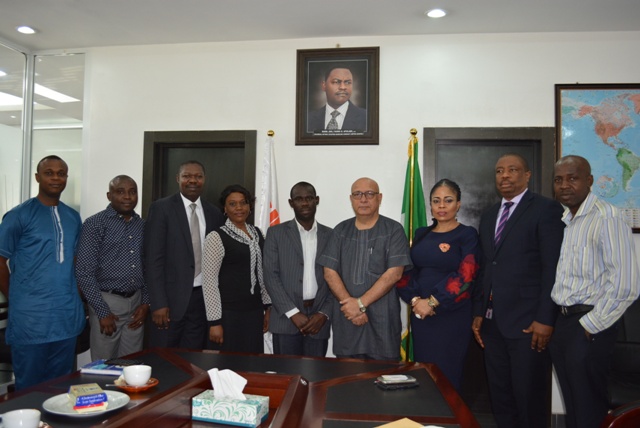 The Managing Director of Skyway Aviation Handling Company(SAHCOL), Mr Rizwan Kadri  has stated that  the grand handler would continue partner with aviation journalists to ensure rapid growth in the industry.

He said this when the new Exco of the League of Airports and Aviation Correspondents(LAAC) paid a courtesy call on  SAHCOL today at the organisation’s corporate headquarters at the international wing of the Murtala Muhammed Airport(MMA),Lagos today.

SAHCOL , he stated would always support the media, adding that apart from the  company’s customers, media is the other platform that is available for the  organisation to tell the world what it does. “Media is the only platform we can tell the world what we are doing,” he said.

Earlier, the Chairman of LAAC,Olusegun Koiki told the managing director and his team the reasons for the visit, calling on the ground handling company to assist the league.

He informed the managing director that the League would be reviving its monthly programme; Gateway Forum and that the first edition would be held in the first quarter of 2018.

He called on the Chief Executive Officer to use the Gateway Forum to show case what the grand handler was doing in the aviation industry. Koiki also informed the CEO and his team of other programmes billed for 2017, such as the annual Seminar and Award /Magazine.