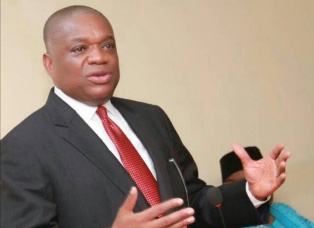 Dr. Kalu, his Commissioner of Finance, Udeh Jones Udeogu and Slok Nigeria Limited, are being tried before the court presided over by Justice Mohammed Idris, on 34 counts charge bordering over alleged N3.2 billion fraud, by the EFCC.

At the resumed trial of the defendants today, the witness, who was led-in-evidence by the Prosecutor, Mr. Rotimi Jacobs, apart from tendering documents, also told the court how the second defendant, Jones Udeogu, told the commission during interrogation that the first defendant, Kalu, used government money to purchase ‘Okirika’, fairly used clothes.

The witness also told the court how a petition written by an Abia group, ‘Abia Leader Forum’ was assigned to his team for investigation.

The witness said, “sometimes in September 2005, a petition dated September 7, 2005, written by Abia Leader Forum, was forwarded to the EFCC. The petition was assigned to my team which was led by Mrs. Funke Adetayo for investigation.”

“Prior to the petition, EFCC was already building intelligence on some state governors, and it already zero in on those who are already diverted public funds of their states. It was on this basis that my team was asked to handle issue of Abia state,” he added.

The EFCC investigator further told the court how his commission wrote letters to some banks that were identified by its intelligence information.

Investigator Ajim further told the court that a search was also conducted with a duly signed search warrant at the Slok Nigeria Limited offices in Victoria Island and Apapa, Lagos, where several documents were recovered.

He also told the court that some principal officers of Abia State Government House, who includes: the Chief of Staff to Kalu, Thoedore Orji, who later became the governor of the state, and now a senator, the director of finance, Udeh Jones Udeogu, who is the second accused person in the case, two cashiers of the Government House, Romanus Madu and Michael Akpan Udoh, were invited for interrogation.

The prosecution witness, who is the sixth to be called in the case, further told the court that in the course of the investigation his team discovered cheques raised on Abia State Government account in the name of serving officers.

He added that the said cheques are used to buy drafts from the Inland bank in the name of Slok Nigeria Limited and pay same into the company’s account with the bank.

He also stated that investigate revealed that a payment was made to purchase ‘Okirika’ from Cotonou, republic of Benin, this he said was revealed by Udeh Jones Udeogu, the second defendant in the case.

He however stated that when asked Udeh for contractual record between Abia State government and Slok Nigeria Limited on the purchase, it was discovered that there was no record to that effect in Abia State in general.

The witness also stated that his agency extended it’s investigation on the identity of individuals that have interest in Slok group, which includes: Slok Pharmacy, Slok Air, Slok trading, Slok properties limited, General Ventures International and others.

Some of the documentary evidence tendered by the witness including : statements of Kalu, Thoedore Orji, Udeh Jones Udeogu, Michael Akpan Udoh, Madu Romanus.

The documents also includes: EFCC letters to the named banks and the banks’ responses.

The defendants’ lawyers who includes: Awa Kalu, Chief Solomon Akume, Chief K. C. Uwofo, all Senior Advocates of Nigeria (SANs) did not opposed the admisibility of the documents.

Consequently, the Presiding Judge, Justice Idris admitted all the documents as exhibits.

The matter has been adjourned till tomorrow, Wednesday, for continuation of trial.

Kalu alongside his former aide, Udeh Udeogu, and his company, Slok Nigeria Limited, are being tried by the EFCC before the court on an amended 34 count-charge of alleged N3.2 billion fraud.

In the amended charge marked FHC/L/56C/08, Dr. Kalu and other accused persons were alleged to have allegedly diverted about N3.2 billions from Abia State Government’s treasury between 2001 and 2005.

The alleged offences according to the EFCC are contrary to sections 17(c) 16, 14(1)(b)17(a) of the Money Laundering (Prohibition) Act 2003, and sections 427 of the same Accounts which domiciled with Mammy Bank, Citizen Bank and Standard Trust Bank (STB) now UBA Plc, adding that the signatories to the accounts were the Director of Finance and Chief of Staff.

Be the first to comment on "N3.2B Fraud: Udeogu Told Us How Orji Kalu Used Govt. Money To Buy ‘Okrika’ Clothes—EFCC Witness"