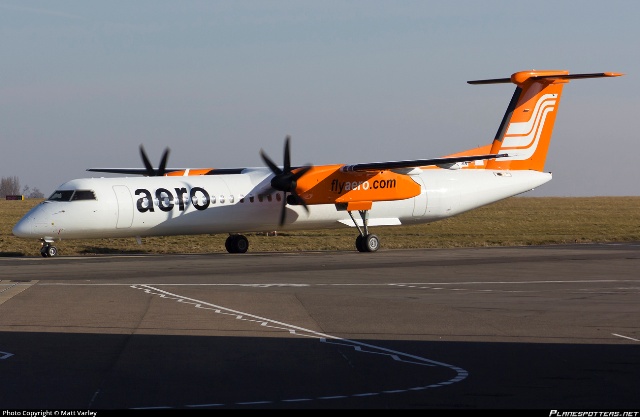 Aero Contractors, one of the ailing domestic airlines in the coutry has failed to pay 60 per cent of its workers their severance packages eight months after they were sacked for redundancy

The failure by Aero to fulfill its promise Abelnewsng.com gathered is a breach of the agreement reached between the airline and the unions at the peak of the crisis.

Abelnewsng.com also learnt that apart from reneging in its promise to pay the affected workers,the airlines which was one of the airlines with largest number of aircraft fleet ,also has a depleted fleet, as it now has only two Dash 8 airplanes,which could be attributed to the after effect of its protracted illness .

On the other hand, the Asset Management Corporation of Nigeria (AMCON), which took over the management of the of the airline since 2011, it was gathered was not ready to pump in money to the airline to revive it.

However, a source close to the airline, who spoke on the condition of anonymity revealed to Abelnewsng.com that the management of the carrier has reabsorbed some of its technical staff, following the approval given to it recently by the Nigerian Civil Aviation Authority (NCAA) to carry out C-Check on series of Boeing 737 aircraft.

The source further hinted that those reabsorbed were less than 5 per cent of the sacked workers.

One of the affected workers who also spoke to the news platform in confidence lamented that despite the promise made by the management to pay the affected staff their severance packages few months after the redundancy claim, most of them have not been paid their entitlements till date.

A second source ,who spoke in confidence to the online news platform stated that a few of the affected workers were paid only  two months salaries of the seven months owed them by the struggling carrier before the redundancy claim in March.

Recalled that over 600 workers were regarded as been redundant by the management of Aero in March,2016 of the over 1000 employees it had on its pay roll before the exercise.

The nature of Aero’s sickness ,which seems to have defied all medication forced it in August 2016 to suspended flight operations for about four months,but  resume skeletal operations in December 2016.

According to the source, “Most of us that were declared redundant by the Aero management are yet to paid our severance packages months after. AMCON management is not willing to pump money into the airline and without the injection of funds by AMCON, the current  management, can’t get resources to carry out most of the projects they already mapped out. Abroad, before you shut any organisation, you must have funds to pay the workers their benefits. AMCON and the management took the right decision to allow the airline to continue in operation, but its unfortunate that they don’t want to pay us the severance packages as promised earlier.”

“All the airline needs is just two additional airplanes, maybe two of its B737 that are going through checks abroad. Currently, Aero has only two Dash 800 aircraft in its fleet, a far cry from 18 at its pick,” the source added.

Attempt made to reach the airline Media Consultant, Mr. Somon Tumba to state the airline side of the story did not yield any positive result, as he did not respond to the text message sent to his mobile phone by Abelnewsng.com on the matter.

Be the first to comment on "Unpaid Severance Packages: 60% Of Aero Workers To Celebrate Bleak Yuletide"