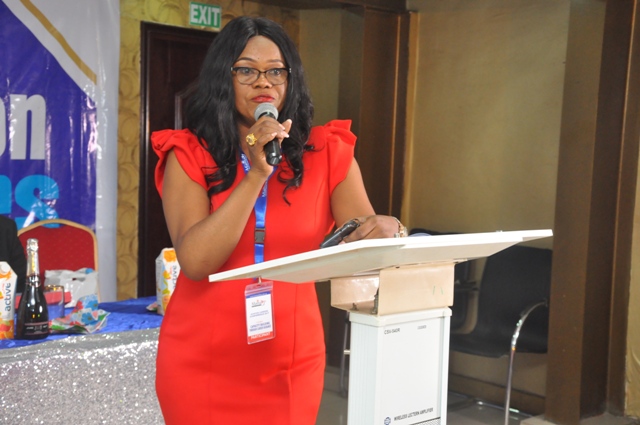 The Chief Executive Officer of Mama J Aviation Consult Limited, Joy Ogbebo has urged organisations and airlines in the aviation to take proactive steps that would assist in the fastracking the dvelopment of the Nigerian aviation industry by investing in human capacity development.

This is just as she pointed out that advanced aviation countries have been able to take aviation to the next level because they took proactive steps to develop human capital.

The CEO said this at the first Aviation Careers Conference organised by Mama J Aviation Consult Limited in Ikeja, Lagos.

She charged such organsiations to be ready to support and assists initiatives that has to do with human capital development without expecting a direct return since it could only be the only way to invest in the nation’s future and the youths of tomorrow.

She noted that time has come to start investing in the next generation of aviation professionals through human capital development, the aviation expert said that Nigeria also needs to start taking deliberate, intentional and conscious steps towards the realisation of this goal.

She advised government, agencies, airlines, corporate organisations and other aviation stakeholders to join in the search for a knowledge based society.

He noted that it is high time Nigeria improves on their Career Guidance, particularly in aviation, right from the secondary school stages. Ogbebor stated that through such means that the inherent career opportunities hidden in the sector would be unveiled to aspiring youths who she said, are the future of tomorrow.

Speaking at the conference with the theme, Capacity Building Through Career Guidance”, Ogbebo,who is also the Convener of the conference stated that the event was to introduce and mentor aspiring youths; open up channels of discussion that would help harness career opportunities in the industry and also to honor outstanding aviation professionals and stakeholders who have contributed immensely to human capital development in the aviation industry in Nigeria.

In her welcome address, Ogbebo disclosed that with Airbus, Boeing and experts’ prediction of an increase in aircraft fleet size in Africa and shortage of aviation personnel, there is need for more trained airline pilots and technicians.

The conference, she said has become necessary based on the identified information gap in this area, adding that is obvious that many youths are seeking for information that is not readily available.

She further stated that such situations are further complicated by the fact that Nigerians do not have mentoring institutions, where they can be guided just as she pointed out that they are many career opportunities in aviation that many people have not discovered. * Mama J and some students at the event

According to her,“It is baffling to know that a lot of people who are already in their thirties are still trying to find out the career opportunities in the industry and what it takes to pursue one. Whereas, this process should have started much earlier whilst they were in secondary school.”

On the need for government to strengthen aviation institutions, she said, “We should have an Aviation University where Aviation courses are offered. That way, the next generation of aviation professionals can proceed to the university and pursue aviation degrees rather than go through the conventional universities first, before starting their journey in the aviation world”.

Guests speakers at the event were: Rector/CEO, NCAT, Abdulsalam Mohammed who spoke on The Role Of Aviation Training Institutions In Human Capital Development while Chief Executive Officer of Skybridge Aviation Limited, Olugbenga Onitilo spoke on “The Role Of Career Mentoring For Capacity Building”.

Other discussants who participated at the conference were: Head of Training, Aero Contractors Nigeria Limited, Technical Adviser, NCAT, Waheed Disu and Olakunmi Odumosu.