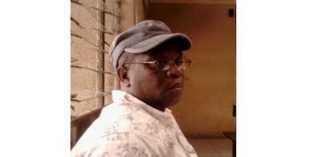 Tourism workers in Nigeria are the least in the kingdom of economic care givers. They are not known or discussed. When issues’ concerning labour unionism comes to head, tourism workers are easily swallowed by their more visible and vocal counter parts in banking, electricity and textile sectors. Their case is pathetic and unbelievable.

While their mate aspires to head corporate institutions and get retired with accolades and funfair, tourism workers are made to sign for a lifetime of slavery, poor pay and jaded future without windows of aspirations to leadership and promotion. There are no awards or plaudits for these “beasts of labour” in tourism industry and there are no signs that they will be ever remembered.

It is no longer moon light story that tourism workers in both private and public sectors of the tourism economy are still treated as casual hands and their task masters the most wicked of supervisors of labour. Sadly, even the patrons of tourism establishments, particularly and not limited to restaurants, hotels, airlines and resorts are confused by the professional smiles on the faces of the workers, therefore oblivious of their pains and agonies. Most patrons of hospitality outlets in Nigeria hardly reward hospitality care givers with globally accepted tips after services but ready compounds their woes with threats and abuse. Hate speech abound here.

In this area of our economy, there are no lawyers of repute like Femi Falana or Mike Ozekhome to fight their case or enrich the judicial hospitality history with landmark court pronouncements to the advantage of tourism workers. It is that bad and so where is the future of the industry when the goose that lays the golden egg is treated with disdain by all?

At ministries of tourism, to be posted to such institutions and their glorified tourism implementation institutions such as Bureau of Tourism, remains the worst port of call in the life time of any civil servant. In most states in Nigeria, ministries of tourism are cemeteries for workers in the system and it’s a taboo for tourism professionals to bring changes within the system here. Tourism workers are photo shopped and their offices a conduit pipe to fret away government resources. The tourism staff are the worst dressed in Nigeria’s civil service time-lines as their grunt faces marks them out as sore thumbs in public places.

They have no messiahs and are not expecting any, not now or in the nearest future. At the federal level, check out tourism workers at National Theatre, Nigeria Tourism Development Corporation (NTDC), National Gallery of Arts, National Museum, Central for Black and African Civilization, their stories bears the same ugly pattern. The federal government tourism workers are treated and regarded as monkeys while their “imported” Oga feed fat as baboons.

The story of tourism workers in the sixties to the eighties may not bode well but the situation of these latter day saints as workers in the Ministry of Culture and Tourism, down to NTDC became the worst nightmare from 2013 till date. For the first time in the history of tourism administration in Nigeria, tourism workers broke the civil service drabby esprit de corp and spilled to the streets of Abuja to protest against the ministry’s leadership and like hurricane Andrew, their counter parts at NTDC broke ranks and shut their boss out of the office. Even though PDP government in 2013 pretended it did not matter, same silence is still been showcased by APC presidency to the numerous petitions and cries of the oppressed tourism workers.

Honestly, one wonders why President Buhari’s anti-corruption campaign has not made impact in this industry, where monumental corruption and misapplication of tourism funds still holds sway. How long shall we continue to tolerate the soft side of tourism administration in Nigeria when the places like even Equatorial Guinea, Ghana, and Sierra-Leone now call tourism shots in West Africa.

How long shall we continue to pretend that our tourism funds and budget had not developed wings in the most digitalised fraud ever? It is an open secret that tourism workers travel expenses, training and re-training engagements and other sundry entitlements are now digitalised to grow wings and disappear.

The workers are physiologically beaten to stupor and programmed to sit at their desk doing nothing like zombies. I recall the trauma of a good friend of mine in NTDC many years ago, who refused to eat rotten apples with the leadership and got locked up on trumped up charges. Sadly, it took the intervention of his ethnic group and workers protests to liberate him from the hands of tourism task masters of that era.

If care is not taken and the workers left to rot in this hit of uncertainty, tourism industry may become another Panama or banana republic, where anything goes and brigands thrives. Let the workers arise and make their pains known in democratic show of intent. Tourism workers must learn to pray away their oppressors and ask for decent human beings as leaders and not boasting humpty-dumpty.

Frank Meke, is a Tourism /Media Consultant based in Lagos