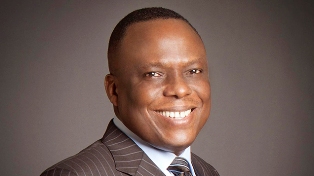 A Federal High Court sitting in Lagos  has restrained a Lagos businessman, Mr Victor Osibodu and his company Vigeo Limited and their agents from dealing with in whatever form monies under their control in 17 commercial banks in Nigeria pending the determination of a claim of N8,701,770,328.83 suit filed against them by ECOBANK.

The court also ordered the affected banks to freeze  and not to carry out any transaction on the accounts of the defendants and that  they should depose to an affidavit disclosing the nature, value and balances in their custody.

The court also restrained Mr Victor Osibodu and his agents from dealing in or howsoever dissipating all his movable assets including, but not limited to the following :

1.Shareholding of 80% in the property at 6 Osborne Road Ikoyi Lagos

3.Shareholdings in the following companies where Victor Osibodu has Shares :

According to an affidavit sworn to by a banker at Ecobank Nigeria limited, Adeniran Ojora and filed before the court by a Law fIrm of Simmons Cooper Partners ,it was alleged that  Ecobank granted several loan facilities to the defendants as follows :

He executed a personal Guarantee and a duly notarized statement of Networth dated August 16,2007.

The statement of Net worth provides particulars of his personal assets worth N2,002,400, 000.for the security of the loan in the event that he defaults in the repayment of the loan.

In addition to the legal Mortgage over the company and the personal guarantee of Victor Osibodu  backed up by notarized statement of networth.

In 2009 the bank approved $1million in favour of Vigeo Company by a Promissory Note dated June 30,2007 and duly executed by its Director and Secretary. The company undertook to pay the sum $1million only on  June 30, 2013 being due date fixed by the promissory note.

Further to the personal guarantee as stated above Victor Osibodu provided a notarised statement of his net worth which valued his net worth as N2,871,984,896.49,all these loans were at one time or the other restructured.

In a letter dated June 27,2014 the bank informed Vigeo Company that its account had remained non-performing as the company had failed to make the agreed loan repayments.

However, upon payment of the amount realised from the sale of the share of Victor Osibodu the company’s outstanding indebtedness reduced to N7,526,112,446.84.

Ojora averred further that Victor Osibodu has begun to dispose of his shares in blue chip companies having been made aware that the bank had dispose his shares which were used as part security for the loan granted the u company,

Vigeo Company is under his control with stake in different subsidiaries and is capable of removing its assets including money and shareholdings from jurisdiction of this country to its company in the United Kingdom (Vigeo International Limited or rendering same untraceable if urgent steps are not taken to protect the bank’s interest.

Osibodu was also alleged to be currently operating and runs over 250 accounts in 14 commercial banks in Nigeria for himself and on behalf of Vigeo under several names and business combinations,and he has been using these accounts to set off payments in his other businesses thus making it difficult for the bank to collect payments from him.

Therefore the deponent averred that the bank undertakes to give comprehensive indemnity to the defendants, should it turn out that the bank’s claim is frivolous and un-meritorious.

In his ruling, Justice Saliu Saidu, restrained Vigeo Company and its Chairman Victor Osibodu from removing or transferring, dealing in or  however dissipating all their movable assets up to the Plaintiff ‘s claim of the sum of N8,701,770,328.83.pending the hearing and determination of the substantive suit.

The defendants were also barred from operating their accounts domicile in 17 commercial banks in Nigeria pending the determination of the substantive suit.

The case has been adjourned till next week for mention.

Be the first to comment on "N8.7B Debt: Court Restrains Vigeo Boss From Operating Accounts In 17 Banks"